“The death of the girl happened due to not following the LAMA protocol, which is the Leave Against Medical Advice. 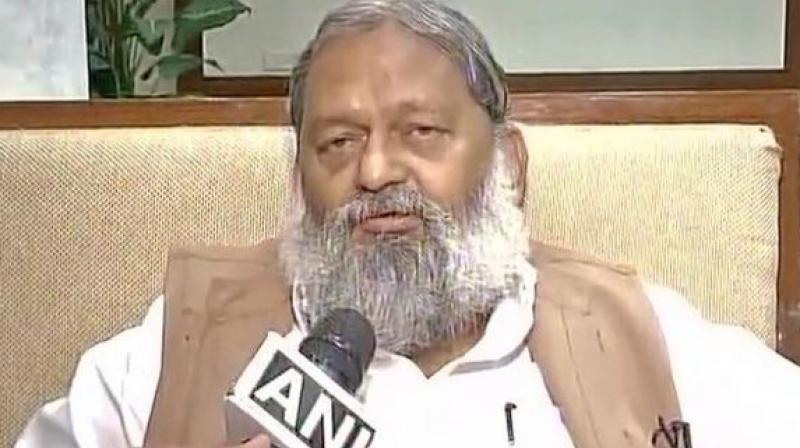 Chandigarh: A panel probing allegations of overcharging against a Gurgaon hospital regarding a case in which a 7-year-old girl died of dengue has found “several irregularities” following which the Haryana government is planning to lodge an FIR, state health minister Anil Vij said on Wednesday.

“In simple words, it was not a death, it was a murder,” Mr Vij alleged.There were many irregularities, unethical practices and the protocol for diagnosis and medical duties was not followed, Mr Vij, flanked by the committee members, alleged.

The Haryana health department will file an FIR against the private hospital while the license of its blood bank will also be cancelled, he said. Its land lease may also be looked into, he added.

A costly injection was administered on most occasions, which cost Rs 3,112, whereas a substitute costing Rs 499 was available, Mr Vij said citing the inquiry report.

“The death of the girl happened due to not following the LAMA protocol, which is the Leave Against Medical Advice. The girl was on a ventilator, but she was put in an ordinary ambulance, ventilator was withdrawn and an ambu bag was not provided in that, which became the cause of her death, which is a very serious irregularity,” the minister said.

The hospital group, in a statement, said, “In reference to the recent media reports on a four-member government inquiry committee pertaining to the unfortunate death of baby Adya, we are yet to receive a copy of the said report.”

“Fortis extends its heartfelt condolences to the family of baby Adya and stands with them in their hour of grief. Fortis Memorial Research Institute, Gurgaon, offered complete co-operation to the committee and family of Adya,” it said.