Plea against trapping of leopard in Delhi

The plea said the leopard has been “peacefully residing” in the biodiversity park and has not harmed anyone. 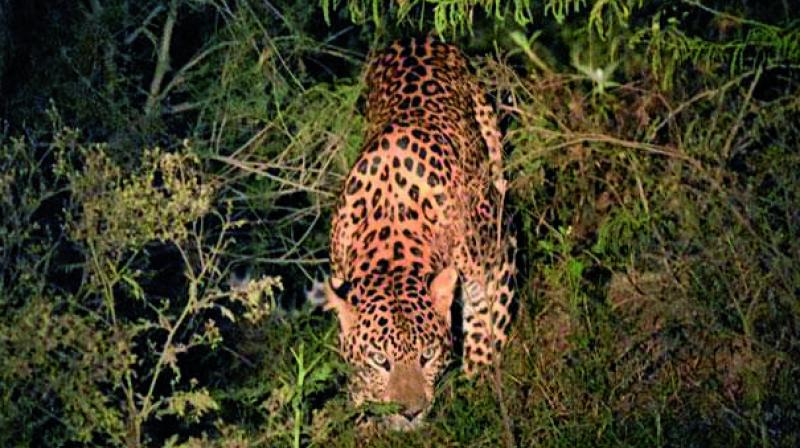 The Yamuna Biodiversity Park was established in 2002 to rejuvenate the degraded landscape along the river in North Delhi in an area of about 457 acres near Wazirabad village.

New Delhi: Hearing a PIL challenging the laying of traps to capture a leopard recently sighted at the Yamuna biodiversity park, the Delhi high court issued a notice to the Centre and the chief wildlife warden of Delhi seeking their response.

A bench of Chief Justice G. Rohini and Justice Jayant Nath issued notices to the Centre, Director of Wildlife Preservation of the ministry of environment and forests and Delhi’s chief wildlife warden and sought their responses on the plea in four weeks. The bench fixed the matter for hearing on March 3 next year.

The petition has claimed that chief wildlife warden, who is in-charge of safeguarding and conserving wild animals within Delhi, has acted against the provisions of the Wildlife (Protection) Act 1972 by laying traps to capture the leopard.

It claimed that the order for laying down traps to capture the leopard, one among the endangered species, could only be issued if the animal is dangerous for human life or is disabled or diseased.

The plea said the leopard has been “peacefully residing” in the biodiversity park and has not harmed anyone.

“The act of respondent number 3 (chief wildlife warden) in laying the trap for capturing the said leopard is in violation and against section 11(a) of the Wildlife (Protection) Act 1972 as any such permission under this section comes into picture if the leopard has become dangerous to human life or is so disabled and diseased so as to be beyond recovery which is not the case here,” the plea, filed by Pushp Kumar Jain, said.

The Yamuna Biodiversity Park was established in 2002 to rejuvenate the degraded landscape along the river in North Delhi in an area of about 457 acres near Wazirabad village.

The petitioner said he got to know from media reports that on November 22, a leopard was sighted in the park. Its presence was also confirmed through the camera trap pictures by the authorities of the Yamuna Biodiversity Park.

He said the chief wildlife warden should follow the 2011 guidelines of the ministry of environment and forests which say that mere sighting of a leopard in the vicinity of human habitations does not necessarily mean that the animal has strayed from a forest and needs to be captured.

He has sought directions to the authorities to remove the traps and to restrain the chief wildlife warden from laying down any trap to capture the leopard.