Ghaziabad and Gurgaon recorded “very poor” air quality at 302 and 336 respectively, according to the CPCB data. 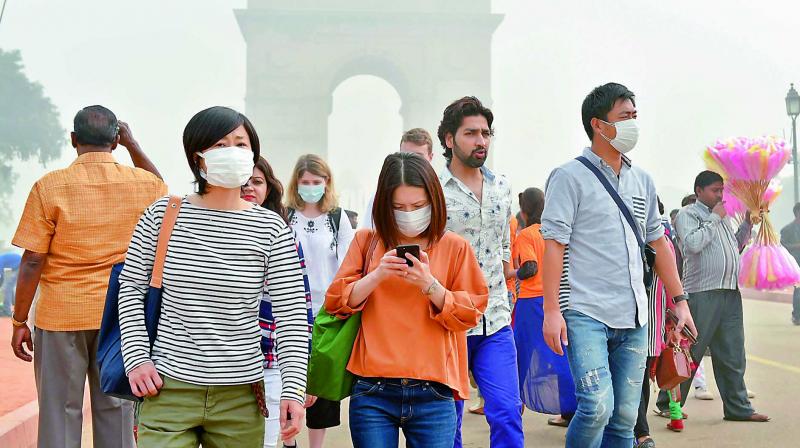 The air quality index (AQI) was recorded at 205 on Saturday as per the website of the Central Pollution Control Board (CPCB).( Representational Image)

New Delhi: The air quality remained poor for the second day on Saturday in the national capital.

According to experts, the reason behind the deteriorating air quality is a change in wind direction, which was now flowing from the stubble burning areas.

The air quality index (AQI) was recorded at 205 on Saturday as per the website of the Central Pollution Control Board (CPCB).

Ghaziabad and Gurgaon recorded “very poor” air quality at 302 and 336 respectively, according to the CPCB data. On Friday, the AQI of Delhi was registered at 259.

Earlier, it was predicted that a dust storm will hit the national capital which would further deteriorate the air quality, but, at present, there are no indications of a big storm. Authorities are closely monitoring the situation, a senior official at the Supreme Court mandated body Environment Pollution Control Authority said.

The drop in the air quality is due to change in direction of wind, which is now flowing from areas in Haryana and Punjab where stubble burning is taking place, a CPCB official said.

“This is the period of monsoon withdrawals and a low pressure system in the Arabian Sea is developing. Such large scale processes tends to calm the wind speed which is usual for this time.

“This tends to increase pollution level. The impact of local transport is insignificant so far,” Project Director at the Centre-run System of Air Quality and Weather Forecasting and Research (SAFAR), Gufran Beig, said.