The DPL was set up on October 27, 1951 by Unesco and the Centre to cultivate reading habit among ruralities. 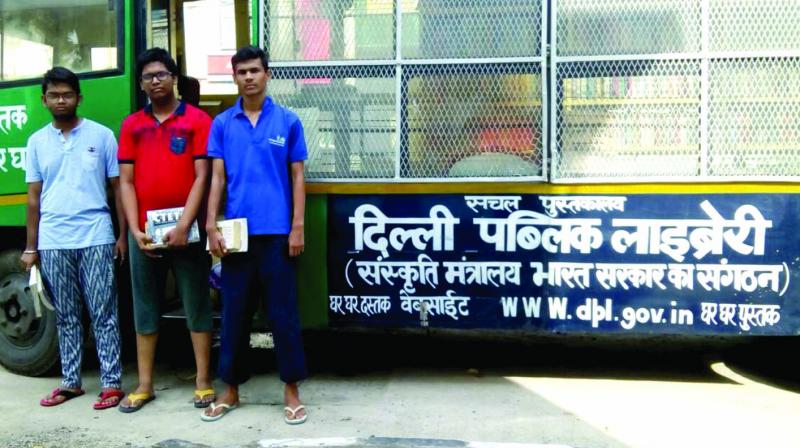 Youth stand in front of a mobile library

New Delhi: The Delhi Public Library  (DPL) is all set to expand its mobile library services by adding 15 new vans to provide a variety of literature and information to bookworms in Delhi

The mobile library had recently added suburban and rural areas such as Burari, Naraina, Mayur Vihar, and Azadpur under the initiative. These areas have no library units and the plan hopes to inculcate reading habits among the population.

Aiming to increase its reach, Dr Lokesh Sharma, director general, DPL said, we are planning to launch two schemes under which three and 12 vans would be acquired.”

Under the two new schemes, the authorities will acquire 15 vans to cater to these areas. “We aim to increase our reach in the areas of Delhi. Our plan  started with a single van in 1953 and steadily the nmbers have gone up. At present, the library has five vans to act as mobile libraries.

“We understand that our readership is not much and are aware of the difficulties we face. However, we are going through a revamp and we have now added 25 new areas,  which would be covered by the mobile services,” Dr Sharma said.

The mobile libraries are funded by the Centre and one can get a free membership card. Usually, the vans arrive once a week in their designated areas and their arrival and departure time is scheduled.

“However, we still face problems as manpower is less. In the last 22 years, we had to surrender around 150 positions but we are now trying to fill them,” Mr Sharma said.

The DPL was set up on October 27, 1951 by Unesco and the Centre to cultivate reading habit among ruralities.

Mobile library Services was launched in 1953 to make books available to all strata of the society, especially where no library units were available.