Five persons, who were trapped in the adjacent building, were rescued by the relief and rescue teams. 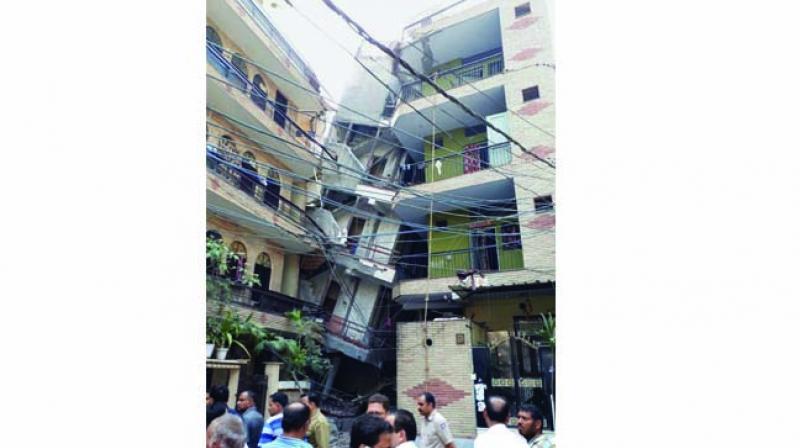 The five-storey building that collapsed in Delhi’s Inderpuri area on Saturday. (Photo: PTI)

New Delhi: In a tragic incident, a four-storeyed building collapsed in West Delhi’s Inderpuri area in the early hours on Saturday. Five persons, who were trapped in the adjacent building, were rescued by the relief and rescue teams.

The unoccupied four-storeyed structure started to lean around 3 am and rested precariously on the nearby building whose occupants were sleeping at the time of the incident. The locals tried to help them out and informed the fire service and the police.

“We got the call about a collapsing building at around 3.30 am. We rescued five persons. No one sustained any grievous injury,” said a senior police officer.