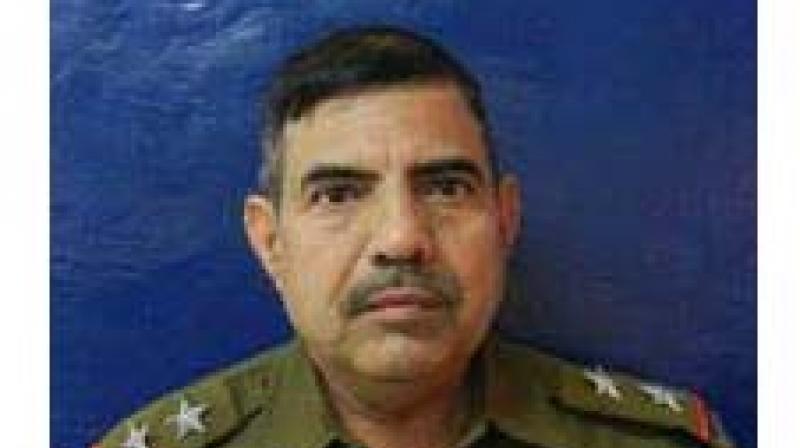 NEW DELHI: In an act of valour, a 53-year-old Central Industrial Security Force (CISF) official lost his life while performing his duty at Antyodhaya Bhawan, CGO Complex where a major blaze broke out on Wednesday morning.

The 11-storey building houses several government offices, including that of Department of Empowerment of Persons with Disabilities. Several important files and documents were gutted in the fire, which broke at 8:34 am.

Sub-inspector Mahavir Prasad Godara, a former Indian Air Force personnel, was the shift in-charge in morning and was one of the first persons to rush to the spot along with other CISF personnel and initiated the evacuation process. However during the evacuation process, he inhaled toxic gasses and fell unconscious. He was taken to the AIIMS where he succumbed during treatment.

According to Atul Garg, chief fire official of Delhi Fire Service (DFS), a call was received about the fire at 8:34 am following which 25 fire tenders were rushed to the spot.

“The fire was brought under control by 10:50 am. Initial probe indicates that a short-circuit caused the fire. However, the exact reason would be known after investigation,” said Mr Garg.

Mr Godara, a resident of Churu district in Rajasthan, had joined CISF in 2008. He is survived by two sons and wife who live in Churu.

A CISF spokesperson said: “Our personnel at CGO complex not only informed the concerned authority but actively participated with DFS in fire fighting and rescue operation.”

Paying homage to Mr Godara, the spokesperson added that it is a very unfortunate incident wherein Mr Godara lost his life while performing his duty. It is a big loss for CISF which lost a brave and dedicated officer. The force will remain indebted to him for his selfless sacrifice at the altar of duty.

The concerned ministry officials said, “Almost 80 per cent of the entire B1 wing of the building has been gutted in the fire and it was difficult at this moment to say about the damage, but surely several files and documents may have been destroyed”.