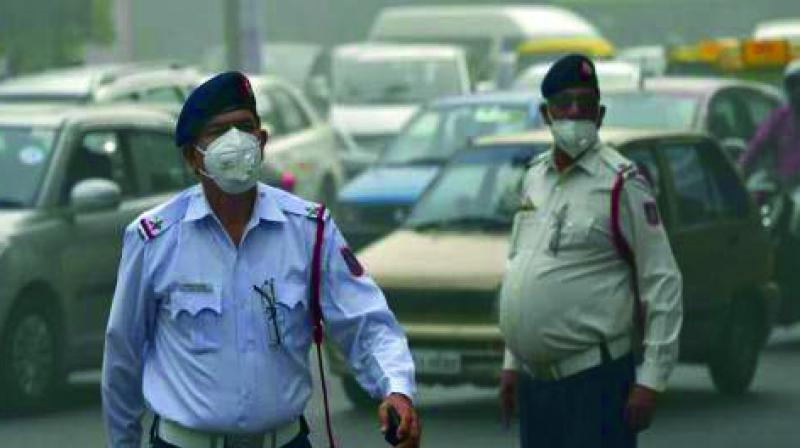 The minister emphasised that there should be no laxity by officials in enforcing the rules.

New Delhi: The environment ministry said on Tuesday that it will set up a “war room” in the Central Pollution Control Board (CPCB) premises to monitor the daily progress of efforts to mitigate the air pollution in Delhi.

Reviewing the preparations ahead of a two-week-long ‘Clean Air Campaign’, environment minister Harsh Vardhan said that the campaign should not be only symbolic but the complaints and feedback received should be monitored from the ground.

Ministry officials said 131 tonnes of dust were being emitted in Delhi every day. Controlling the emission of dust will bring down the air pollution drastically, they said.

The minister emphasised that there should be no laxity by officials in enforcing the rules.

“The campaign should not be just symbolic and complaints and feedback should be monitored from the ground. It is not just a technical requirement, it is the moral responsibility of all agencies, both at central and state levels,” he said.

“A message should go that we are serious. It is linked to our national image now,” Dr Harsh Vardhan said.

“A war room will be set up in the Central Pollution Control Board to monitor daily progress and suggest midway corrections, if required,” the ministry said in a statement.

The officials said they will monitor pollution levels at the end of the campaign and hoped the situation will improve drastically.

The exercise will continue through the year with the participation of local bodies and Resident Welfare Associations (RWAs).

It also mandates that roads leading to or at construction sites must be paved and blacktopped (metallic roads), no excavation of soil shall be carried out without adequate dust mitigation measures in place and no loose soil, sand or construction and demolition waste that causes dust will be left uncovered among others.

The statement said the teams are empowered to take “on- the-spot” action against violators and if necessary and issue “stop-work” orders.