According to the report’s findings, Patil had consumed a heavy dose of pesticide because of which his internal organs were damaged. 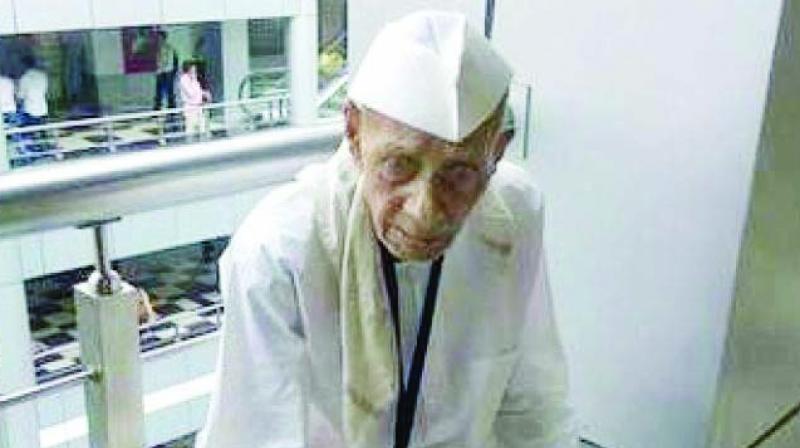 Mumbai: The Marine Drive police on Tuesday received the chemical analysis report of Dharma Patil, the Dhule farmer, who died after consuming poison on January 22 at Mantralaya.

According to the report’s findings, Patil had consumed a heavy dose of pesticide because of which his internal organs were damaged. The police probe found that Patil had committed suicide by accessing pesticide that could have been within his reach, the senior police inspector said. The police has sent the report to J.J. Hospital for further investigation.

The Marine Drive police, Senior PI, Vilas Gangavane said, “The chemical analysis report from the forensic laboratory at Kalina states that the chemical that Patil consumed was pesticide. He consumed the heavy dose due to which his condition got critical.”

The officer further said, “We have taken statements of his son as well as some of the villagers and the people who were there at Mantralaya when the incident took place. Our investigation says it is a suicide. We have sent Patil’s reports to JJ hospital for further details such as, when did he drink the chemical.”

The Marine Drive police station has also analysed CCTV footage of Mantralaya (Maharashtra secretariat) to ascertain the exact spot where the incident happened but they didn’t get any details from it said an officer.

Patil had consumed poison after he could not meet ministers to discuss the issue of inadequate compensation given to him for his land.

The police, who had registered an accidental death report (ADR), had recorded statements of the deceased’s son, Narendra Patil and a few others.

Narendra has claimed that the compensation given to them by the government for a five-acre plot of land in 2012 was less than what their neighbours received in Sindhkheda in Dhule. The Maharashtra State Power Generation Company Limited in 2012 had acquired Patil’s five-acre farmland.