The girl's mother raised alarm when she saw the accused, allegedly in an inebriated state, running away carrying her daughter in his arms. 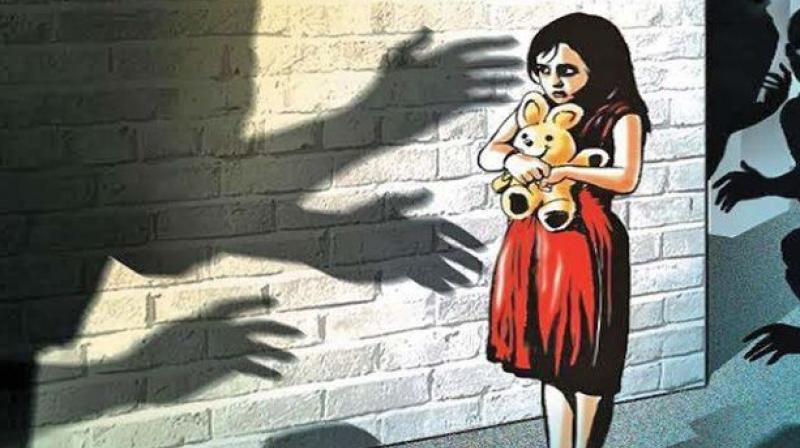 New Delhi: A man, earlier convicted for sexually assaulting minors, was arrested on Monday for allegedly trying to kidnap a four-year-old girl in Vijay Vihar locality of Rohini in New Delhi, police said.

Vijay Vihar Police was informed around 11:12 am that a man was caught by locals when he was trying to kidnap the girl.

According to police, the girl's mother, who irons clothes in Rohini, raised alarm when she saw the accused, identified as Naresh, who was allegedly in an inebriated state, running away carrying her daughter in his arms.

Following which locals chased and caught hold of the accused and rescued the girl. The accused was then handed over to police, they said.

A case of kidnapping has been registered against the accused at Vijay Vihar police station. He has also been charged under the Protection of Children from Sexual Offences (POCSO) Act, police said.

"We will seek his custody for further questioning as it is feared that he was involved in similar cases in the past which might have gone unreported," DCP (Rohini) MN Tiwari said.

"We arrested Naresh who is a repeat offender and sex maniac from Vijay Vihar in Rohini today. During interrogation he admitted to kidnapping and sexually abusing girls," he said.

Naresh was allegedly involved in bootlegging in Vijay Vihar area and was first booked for sexually assaulting a minor in 2007, they said.

A similar case was registered against him in 2013. He was later convicted by the court in April 2014 and sent to jail for 3-year term. He, however, managed to get bail and come out of jail after one year, he said.

The accused was booked for bootlegging in 2015 also.