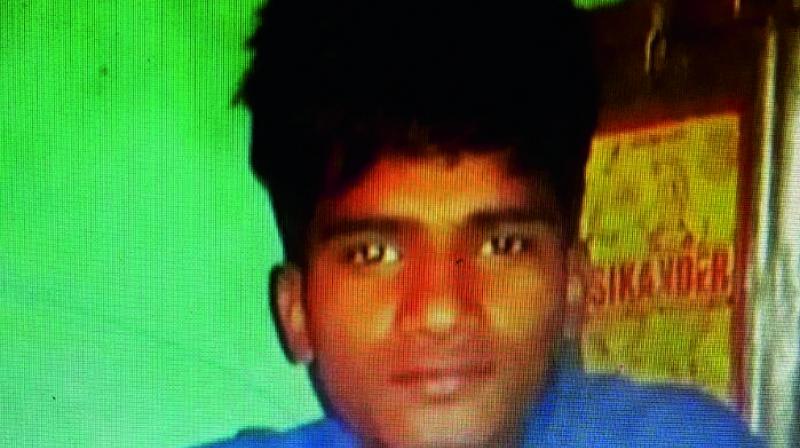 New Delhi: An 18-year-old man was stabbed to death allegedly by a group of four neighbours over their longstanding feud at Chunabhatti slum clusters in West Delhi’s Kirti Nagar on Sunday night. The two main accused in the case have been arrested.

A PCR call was received at 10.19 pm about the murder which took place under the jurisdiction of the Kirti Nagar police station. The deceased was identified as Manoj Kumar. He worked as a helper in a showroom.

Kumar’s family alleged that he was murdered for stopping the four from sexually harassing his friend’s sister. They alleged that the four men often passed lewd comments on the 13-year-old girl, and whenever her or anybody else from her family raised objections, they used to verbally abuse and threaten them of dire consequences. The four used to arrive outside the girl’s home and create a commotion whenever they wanted to trouble her or her family members, they alleged.

On Monday morning, scores of people, including Kumar’s family members, friends and neighbours, protested outside the Kirti Nagar police station and alleged that the local police did not act on their previous harassment complaints against the alleged accused. Some of the protesters turned violent and damaged a makeshift police post and tried to set it on fire. They alleged that the police resorted to lathi charge to disperse the protesters.

Dependra Pathak, joint commissioner of police (south-western range), refuted the allegations that the police took no action on complaints filed earlier, and said it had not come across any such complaint. A week ago, there had been a fight on the issue of passing objectionable remarks against women, but no police compliant or PCR call was made by either of the families. Mr Pathak claimed that the murder took place over personal enmity between two groups of locals who often fought with each other over trivial issues like visiting each other’s locality or establishing one-up hip.

A senior police officer said that the Sunday night’s crime came to their notice after they received a call from a government hospital about the death of a youth who was admitted there with stab wounds in his throat. A policeman reached the hospital and spoke to the victim’s two friends Kadir and Vikas, who accused their neighbours Sonu, Ramu, Rahul and Munna of stabbing Kumar in a fight outside his home.

“The two groups had an altercation in the morning as well. They entered into a fight in the night during which the other group stabbed Manoj in his throat. Kadir and Vikas were eyewitnesses to the crime,” the officer said adding the two groups had similar fights in the past as well. “Some of them were booked in the past for disturbing peace and law and order in the area,” the officer added.

Vijay Kumar, deputy commissioner of police (west), said that they have registered a case of murder against the four. He said no sexual harassment complaint was made against the accused group in the past. “We are also investigating claims of police inaction by the victim’s family members. Several police teams are working on the case,” said Vijay Kumar.