Metros   Delhi  06 Dec 2017  From velvet beds to Belgian beer, this hotel has everything for dogs
Metros, Delhi

From velvet beds to Belgian beer, this hotel has everything for dogs

Chief executive Deepak Chawla opened Critterati in Gurgaon to offer the wealthy an alternative to more down-at-heel facilities in India. 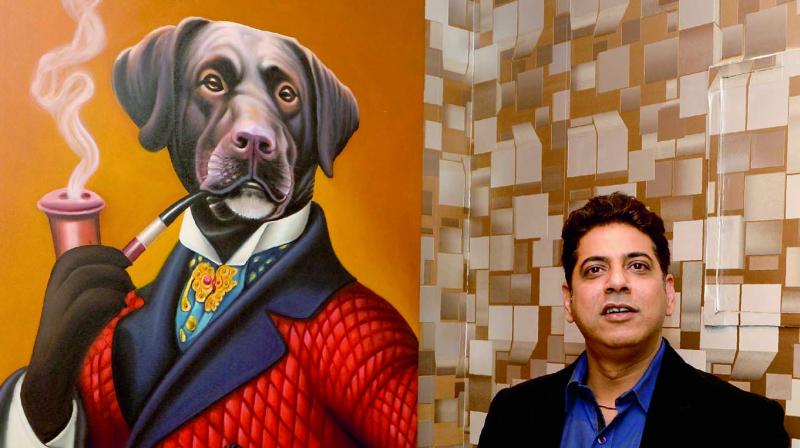 The facility is riding a wave of growing love for pets as the Asian giant’s economy hits new heights.

Gurgaon : Velvet beds, a relaxing spa, 24-hour medical care and non-alcoholic beers imported from Belgium: the life of a pampered pooch in India would leave many humans envious.

Critterati, which claims to be South Asia’s first luxury hotel for dogs, offers suites at up to $70 a night for pets whose “parents” will spare no expense to indulge their pride and joy.

A world away from the daily struggle to survive for India’s estimated 30 million strays, breeds such as St Bernards, Labradors and Lhasa Apsos can now enjoy the last word in canine coddling.

Chief executive Deepak Chawla opened Critterati in Gurgaon to offer the wealthy an alternative to more down-at-heel facilities in India.

“No decent dog owner would want his dog to stay in those places,” he said.

The facility is riding a wave of growing love for pets as the Asian giant’s economy hits new heights. The number of household dogs in India has risen from two million in 2002 to an estimated 15 million in 2016 — and is forecast to hit 26 million by 2021.

The top-of-the range Critterati suite offers a giant bed with velvet headboard, television and private dog-flap leading onto a balcony. There is a swimming pool, a spa with ayurvedic massage oils and a vet on 24-hour call, while a medical unit with operating theatre is being built. A dog cafe serves rice and chicken and the menu also features muffins, pancakes and ice-cream — with bacon and vanilla a particular favourite — all washed down with non-alcoholic dog beer from Belgium. Chawla says in standard kennels animals can be left alone for long hours. “Here things are quite different,” he declared. “It starts from 7 am with potty breaks, then breakfast, then again a potty break, then play sessions for around two hours, then swimming sessions, then again play sessions, plus time in the café.” Critterati clients have their every need met and their owners — many of whom refer to themselves as “parents” — think it is money well spent. Ashish Arora, a hotel chain executive, says he has no qualms about indulging Rubo the Labrador. “He loves coconut water and vitamin water. He tells me he wants to eat chicken, so he eats it every day,” said Arora.