Construction and demolition activities were temporarily suspended in the capital after pollution levels peaked in the week following Diwali. 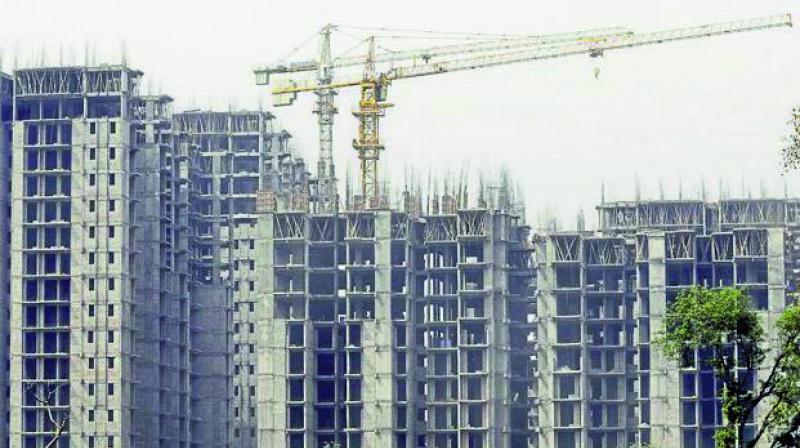 The Delhi Urban Shelter Improvement Board (DUSIB) runs five night shelters in the Sarai Kale Khan area, with a capacity of nearly 750 beds.

New Delhi: On Sunday, an ageing construction worker soaked sun in a government-owned compound near Sarai Kale Khan ISBT that houses a newly-inaugurated night shelter, a mohalla clinic and a rescue shelter for the homeless beating wintry nights in Delhi.

The government has opened mohalla clinics to save “cashless” people from the impact of the Centre’s demonetisation move, health and public works department minister Satyendar Jain said at the inaugural event of the first ever mohalla clinic for homeless, the latest addition to government-owned campus.

“Construction works have stopped. It has left many out of work,” the labourer said. When asked if he could be quoted in the newspaper, he said: “What is the use of asking me my name? Our lives go on as usual. If you want, write 20-25 names, so that we benefit.”

But all the 13 bunker beds inside the night shelter on the compound were vacant. Most had left for work and the ones without work were soaking the afternoon sun with the elderly man.

“Our only struggle is to make ends meet,” the labourer said, claiming that banning of large currency notes of 500 and 1,000 denominations have affected construction activities in the area.

Away in a retirement home in Mayur Vihar, phase -1, the residents said that they largely depend on cash transactions and find serpentine queues outside banks and ATMs very inconvenient. Many claim that the transition to a “cashless economy” is a long road ahead for the Modi government.

“Hardly anyone uses smartphones here,” Y.B. Handa, one of the oldest residents of the East Delhi’s Bhagwat Dham Ashram, said. He added that many occupants of the retirement home find ban and ATM queues very distressing for their knees. Mr Handa said that he recently had to refrain from going to a wedding as he didn’t have enough cash to give as shagun (or gift).

However, another resident of the retirement home, who shared the dinner table with Mr Handa, said that the banking system will take a fortnight to replenish the cash. With the Centre’s surprise move to abolish high-denomination banknotes, some 86 per cent of the entire cash was pulled out of circulation.

“We are with the Prime Minister in his fight against black money, but he should not put the common man in difficulties,” he said.