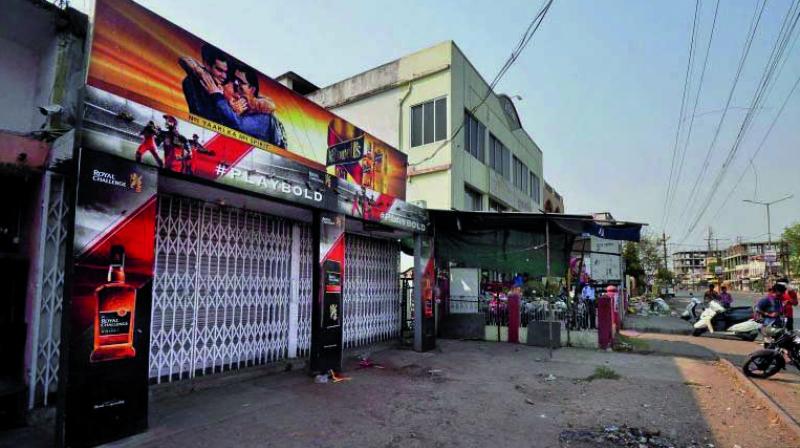 According to Pankaj Singh, who runs a liquor shop, the sudden blanket ban by the Supreme Court had incurred losses to people.

New Delhi: The owners of bars and hotels heaved a sigh of relief following the Supreme Court’s preliminary observation that there may be nothing wrong in denotifying particular stretches of highways running inside city limits.

According to Pankaj Singh, who runs a liquor shop, the sudden blanket ban by the Supreme Court had incurred losses to people. “There is a hope for people in the business. One must realise that a liquor shop in the city and a shop on highway are two different scenarios. When one travels from one metro city to another, the traveller or consumer is bound to pass liquor shops or stores. And the government should not put a blanket ban on it as it will be unjust for the small time owners.”

Prince Singhal, an activ-ist and founder of Community Against Drunken Driving (CADD), said that the apex court should not have “revoked” its earlier order and bowed down to the states’ tactics.

“These things should not be fought over state roads or National Highways. These are all Indian roads and even states should stand against drunken driving. There should be no mercy when innocents are dying on Indian roads,” he said.

He added, “Sates should have morally respected the judgment. Liquor is the biggest revenue for states and they don’t want that to be taken away from them. So, either you look into the issues of drunken driving or you satisfy vested interests.”

Though the hotel and restaurant owners have welcomed the apex court’s observations, the resident welfare associations have expressed their reservations on the same. “The ban was a welcome move as the liquor shops in the localities such as Mayur Vihar create nuisance with people drinking openly. The ban had put in place to prevent drunk driving and thus fatal accidents resulting because of them. The court must take into consideration these factors,” Payal Chopra, a resident of Mayur Vihar Phase I said.