Meanwhile, chief minister Arvind Kejriwal on Monday visited the family of Ankit and them that stern action would be taken against the accused. 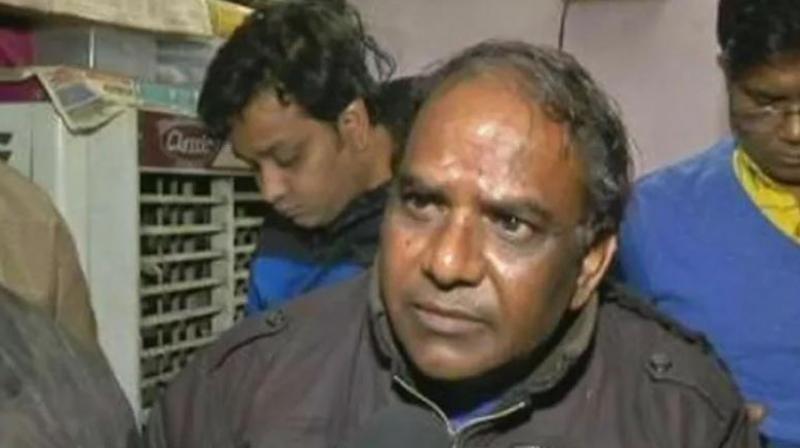 New Delhi: The father of 23-year-old photographer Ankit Saxena who was stabbed to death in west Delhi’s Khyala area last week by the family of his alleged girlfriend said that the murder should not be given a communal twist and exploited to whip up trouble.

“I don’t want any inflammatory statements. I feel very saddened by what happened, but I don’t want anyone to create a hostile environment against Muslims. I have nothing against any religion,” Ankit’s father Yashpal Saxena told a news channel.

“Yes, those who killed my son were Muslim...but every Muslim can’t be branded for this. Don’t use me to spread communal tension, don’t drag me into it...I appeal to everyone not to link this to religion and vitiate the atmosphere.”

Seeking justice for his son’s death, Mr Saxena said, “I will be ‘thankful’ if the Delhi government help us in fighting the case.” Mr Saxena also demanded death sentence for those who killed his son.

“We want justice. Murderers of my son should get death sentence. I am an ordinary man and I have no resources to fight the case. If Delhi government helps us in getting best advocates and making a strong case, I will be thankful,” he said.

“Even if I don’t get justice, won’t have hatred against any community,” said Ankit’s father in an appeal to not communalise son’s murder.

Giving out a loud and clear message Mr Saxena said that he had no reservation or grudge against any other religion or community. “If he had told me, I would have married Ankit to the girl of his choice,” he added.

On Monday, a 30 second video showing Ankit’s talking on phone just moments before he was attacked by the family of his Muslim girlfriend and killed in the middle of the road last week circulated on the social media.

In CCTV visuals from a busy road in Raghubir Nagar in west Delhi, Ankit is seen in a black leather jacket around 8 pm on Thursday. Ten minutes later, the same camera captured the sound of a police siren and a group of people staring at the direction where the murder had taken place.

According to the police, the girl’s family was opposed to her relationship with Ankit since the two belonged to different communities. The police has already arrested woman’s father Akbar Ali, mother Shahnaaz, a juvenile brother and uncle Mohd Salim on February 2. They were produced before a court that sent them to judicial custody.

Meanwhile, chief minister Arvind Kejriwal on Monday visited the family of Ankit and them that stern action would be taken against the accused.