Launched as a pilot project, the app can be used by women commuters coming out of the Delhi Airport and five metro stations. 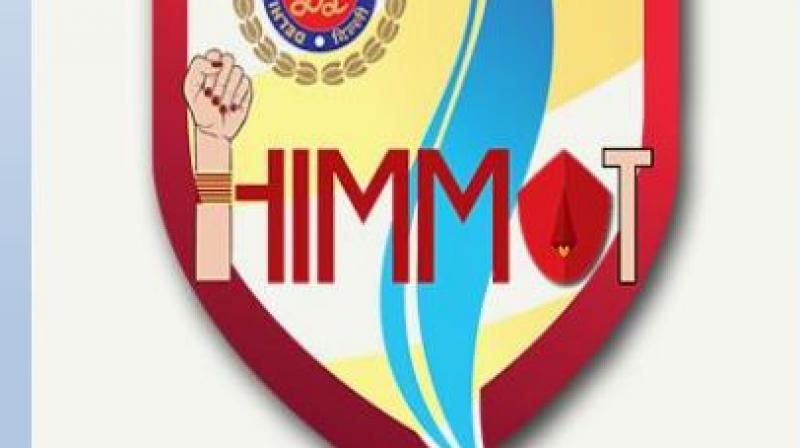 The app has a special feature for scanning the QR codes of taxi, auto-rickshaw and e-rickshaw drivers to verify their details. (Photo: delhipolice.nic.in)

New Delhi: The Delhi Police on Tuesday launched an upgraded version of its women's safety app, the third in a row, to plug loopholes in the mobile application and offer a wide range of features to its users.

The revamped app 'Himmat Plus' was launched by Delhi Lt Governor (LG) Anil Baijal on Tuesday.

The app comes in English and Hindi, and has a special feature for scanning the QR codes of taxi, auto-rickshaw and e-rickshaw drivers to verify their details.

Launched as a pilot project, the app can be used by women commuters coming out of the Delhi Airport and five metro stations -- Anand Vihar, Vishwa Vidyalaya, Malviya Nagar, Saket and Nehru Place.

Baijal said that the app would act as a deterrent to crime against women, and would empower and make them more confident while traveling.

He also hoped that the model is implemented in the entire city.

"Women are little vulnerable while traveling and when they board a taxi or an auto-rickshaw, they do not know if it is safe. This upgraded app will definitely empower them and boost their confidence while traveling," Baijal said.

The LG also announced the constitution of a technology council in the Delhi Police.

The council would give inputs on various aspects of crime prevention and detection using technology.

The upgraded app has been transformed from an 'Emergency Safety' app to an 'Utility' app.

The process of registration has also been simplified.

Now anybody can download it on their mobile phones unlike the previous app for which one had to visit the Delhi Police's website to download it.

The Facebook page of the Delhi Traffic Police and Twitter handle of the Delhi Police have also been linked to the app to provide traffic updates and other information.

The application was first launched in 2015 and despite its relaunch in April last year, it found few takers.

It was then the Delhi Police engaged students from the Indraprastha Institute of Information Technology, Okhla, to come up with a better structure for the app.

The student's group also conducted a survey to study the failures of the app.

"The audit revealed that the interface of the app was not sufficiently user-friendly, it was not bilingual and was not comprehensive and the registration process was cumbersome," Delhi Police Commissioner Amulya Patnaik said.

The Delhi Police then decided to revamp it and a special drive was launched in June last year to capture the details of the drivers of taxis at Delhi Airport and auto-rickshaws and e-rickshaws at the five selected metro stations.

"The details of 2000 taxi drivers at the airport and around 1,000 drivers of auto-rickshaws and e-rickshaws were collected and fed in the server of the Himmat Plus app. Each driver has been provided with a 'QR card' to be placed in their vehicle which can be scanned by the commuter to establish the authenticity of the drivers," Pathak said.