Each time a new Katappa created to kill me: Kumar Vishwas 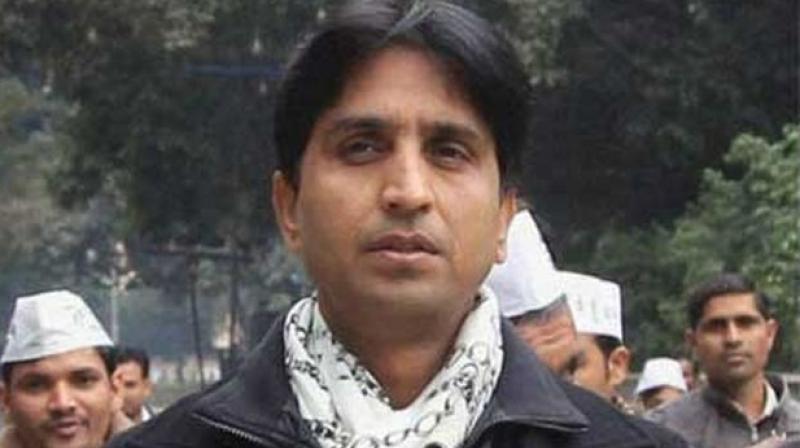 NEW DELHI: The row over Aam Aadmi Party’s nominations for Rajya Sabha refused to die down.

Rebel AAP leader Kumar Vishwas on Friday hit back at the party’s Delhi unit chief Gopal Rai for accusing him of attempting to topple the Arvind Kejriwal government, and warned that he should not be provoked.

Mr Rai had on Thursday accused Mr Vishwas of being at the “centre” of conspiracies hatched to topple the Kejriwal government in Delhi after the municipal polls in which the AAP fared poorly.

Mr Vishwas rubbished Mr Rai’s charges, saying that even the party distanced itself from what he had said.

“I urge him to enjoy the participation of new Guptas who came from Congress and BJP, Don’t meddle with my corpse,” Mr Vishwas said.

Comparing himself with Bahubali, the poet-politician compared his plotters to Sivagami Devi, a character in the popular film Bahubali.

Mr Vishwas retorted saying he is well aware of the Shivgami Devi (queen) of this Mahishmati kingdom and every time a new Katappa is presented before him. He was alluding to the characters from blockbuster movie Bahubali.

“Rai has woken up from his ‘Kumbhakarni’ slumber after seven months. Even the party has disowned his allegations. Actually, the Sivagami Devi of this ‘Mahishmati’ (AAP) is someone else,” he told reporters.

“He has woken up after a long slumber. He should enjoy the contributions of the two Guptas (Narayan Dass Gupta and Sushil Gupta) who have been offered Rajya Sabha tickets),” Mr Vishwas said.

He also mocked Mr Rai, saying that with Mr Gupta’s help, he can even go on to become the Prime Minister.

“In fact, Kim Jong-un has been troubling everyone. He (Rai) can even become the UN Secretary General. Many things have been received by him and he should enjoy them,” Mr Vishwas said.

Kalavati was on a sit-in outside Mr Kejriwal’s residence along with her supporters demanding Rajya Sabha ticket from the party.