36 trains were cancelled, 30 rescheduled, while major airlines informed that their services have been hit. 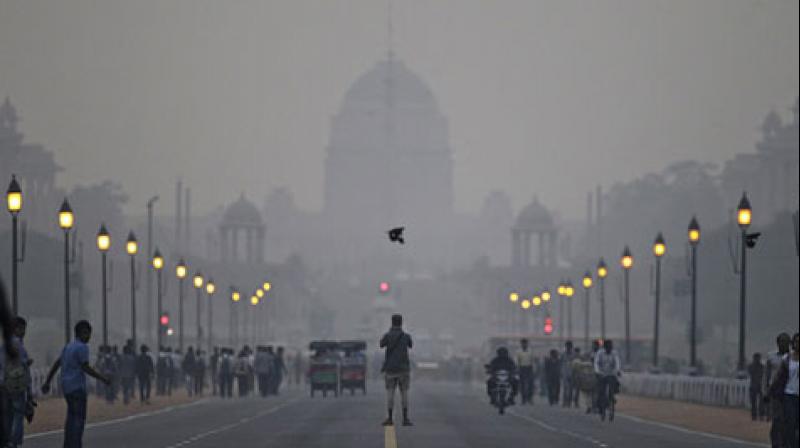 The air was fully concentrated with moisture with the Met department recording 100 per cent relative humidity at 8:30 am. (Photo: Representational/AP)

New Delhi: The mercury dropped to the season's lowest at 4.2 degrees Celsius in the national capital on Saturday even as dense fog continued to disrupt rail and air traffic.

The minimum temperature, recorded at 8.30 am, was three notches below the season's average.

The maximum is likely to be around 18 degrees Celsius according to the weather office forecast.

The air was fully concentrated with moisture with the Met department recording 100 per cent relative humidity at 8.30 am.

The Railways had to cancel 36 trains, reschedule 30 while 85 trains were running late due to fog across the northern region, according to official data.

Operations at the Delhi Airport were also affected due to the weather conditions.

Airlines including the SpiceJet, Indigo and Jet Airways informed that their services have been hit.

"Due to poor visibility in #fog at Delhi, Patna, Varanasi, Chandigarh and Lucknow some of our flights are affected," Jet tweeted while Indigo posted "Flights to and from Delhi, Jammu & Varanasi have been affected due to bad weather conditions."

"Due to Bad Weather at Delhi (DEL), all Departures/Arrivals and their consequential flights may get affected. All passengers are requested to cross check their flight status before leaving for the airport," SpiceJet said in a tweet.