A mob, mainly students, late on Saturday night allegedly molested a girl riding pillion on a bike in Mukherjee Nagar. 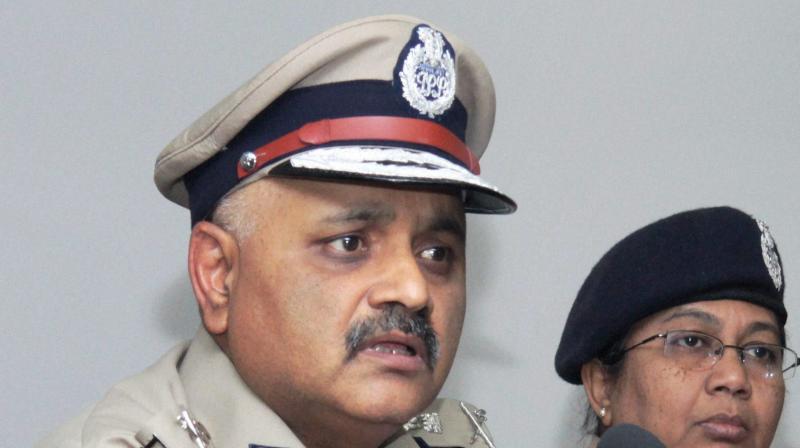 New Delhi: After the mass molestation which happened on the streets of Bengaluru on December 31 that shook the entire nation, another such case was reported in northwest Delhi’s Mukherjee Nagar on the New Year’s eve. A CCTV footage shows an unruly mob pelting stones at police personnel who prevented them from allegedly harassing a woman.

A mob, mainly students celebrating the New Year, late on Saturday night allegedly molested a girl riding pillion on a bike. The miscreants tried to grab the victim near Mukherjee Nagar market.

A police official said that a PCR call was received at 11.30 pm informing about the hooligans and the incident with a girl. A PCR immediately rushed to the spot and rescued the girl. After they managed to free her from the crowd, they bore the brunt of the anger of the revellers as they turned on the policemen and attacked them.

“We had been told by the injured policemen that they had tried to save the girl and her friend. They managed to escape but the crowd went on to beat the policemen who then sought shelter in a police chowki in the vicinity,” said deputy commissioner of police (northwest) MIlind Dumbre Mahadeo.

The policemen tried to detain some youth in the area, but this invited the ire of the unruly crowd, who soon started to pelt stones and hurled abuses against the policemen. The policemen who sought shelter inside the police chowki were pelted with stones. Thereafter, an additional force was called to control the situation, said a senior police official who was at the spot during the scuffle.

This incident disturbed the law and order situation. It took almost four hours to bring things under control. The mob reportedly vandalised a police chowkie when the cops tried to take shelter there. Bikers in an inebriated condition also broke video camera when cops tried to capture the incident. “We have registered a case and the investigation is on. We have got several videos of that night and identifying miscreants with the help of local intelligence,” the DCP said.

Mukherjee Nagar area is very near to the North Campus. Mainly DU students and civil service aspirants reside in the area.

The unruly mob was later dispersed after several forces of Delhi Police arrived at the scene. “We have questioned several youths in the matter. We also have video of the incident, which was captured by other youth on their mobile phones. We are waiting for the woman to come forward and report the case, but so far no complaint has been registered in the case,” said a senior police official.