No vehicles in Connaught Place from February 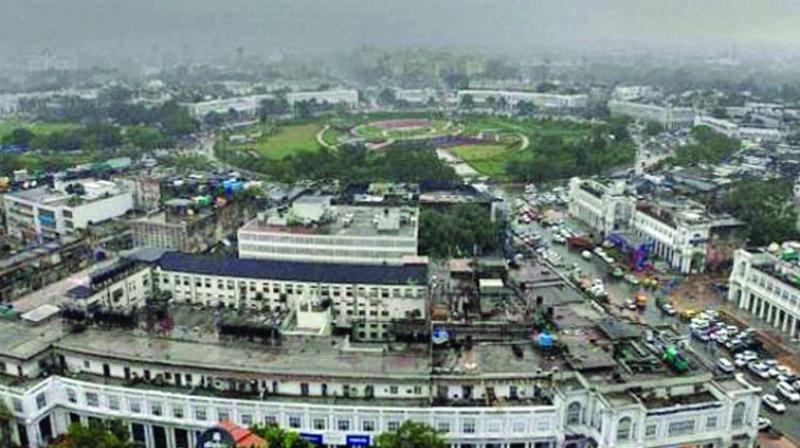 At the moment only an average of 1,088 vehicles are being parked across the three parking lots.

New Delhi: The national capital’s epicentre Connaught Place is going to be vehicle-free from February for three months. Aimed at reducing congestion and reducing pollution, the three-month pilot project will ban entry of cars and buses into the inner and middle circles of the city’s famed commercial hub.

The project, which will kick-start from February, will offer “congestion-free, crime -free and accident-free” streets to pedestrians and visitors. The decision was taken in a meeting on Thursday evening to discuss the smart city project where the Union Minister Venkaiah Naidu also discussed the possibility of landscaping, developing water bodies, sidewalk cafes, public plazas, holding light and sound shows and street festivals in the area.

To promote “pedestrianisation”, the ministry of urban development said that the project would be implemented for ground level testing of issues related to changes in traffic circulation, experience of pedestrians and shop owners, management of reclaimed parking lots, traffic load on the outer circle etc. Also, in order to use the unutilised parking space at three areas in Shivaji Stadium, Baba Kharak Singh Marg and Palika parking which has a total parking capacity of 3,172, the government will promote park-and-ride services on cycles and battery-operated vehicles. At the moment only an average of 1,088 vehicles are being parked across the three parking lots.

According to the officials, cycle hiring, battery-operated vehicles etc would be deployed effectively for the benefit of those parking vehicles at specified slots to reach the business district and also for the benefit of those using public transport besides senior citizens, women, children etc to move in the business district. The smart city project was launched by PM Narendra Modi last June, under which 20 cities were picked in the first phase for holistic and integrated urban development.

According to New Delhi Municipal Council chairman, the results of the pilot project will be seen in the next four to five months. He further said that work on various major components of the smart city plan is progressing as planned.