Is politics next step for Rajendra Kumar after retirement?

There are also indications that the AAP could also nominate him as its Rajya Sabha member next year. 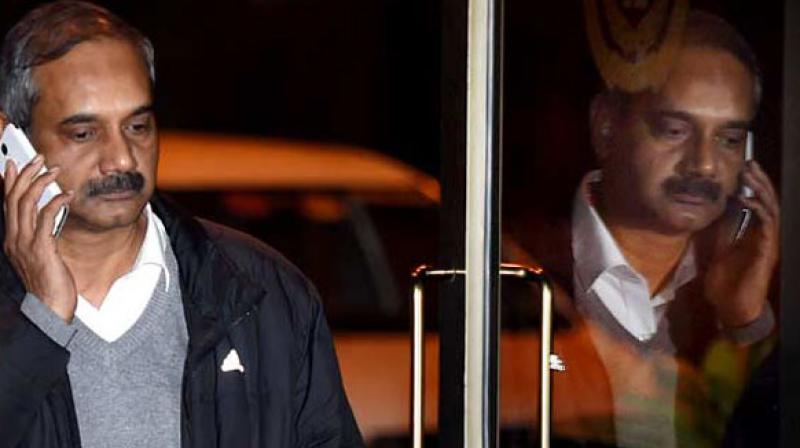 New Delhi: A day after chief minister Arvind Kejriwal’s former principal secretary Rajendra Kumar sought voluntary retirement, there were speculations in the political circles on Thursday that the senior bureaucrat could join politics and become a strong voice against PM Narendra Modi in the coming Assembly elections in Punjab, Goa and Gujarat followed by municipal polls in the national capital. Political pundits are of the view that because of  Mr Kumar’s proximity to the AAP supremo, he could opt for Mr Kejriwal’s outfit to campaign against the BJP by highlighting how the Centre had “interfered” in the AAP government’s decision-making during his tenure as the principal secretary to the CM. There are also indications that the AAP could also nominate him as its Rajya Sabha member next year.

Seeking voluntary retirement a month after being chargesheeted by CBI in an alleged graft case, battered and shattered Mr Kumar claimed that he was repeatedly told by the interrogators to implicate Mr Kejriwal. Mr Kumar’s proximity to Mr Kumar is such that after the CBI raided his office, the CM had tweeted asking whether the Prime Minister was a “psychopath”. Mr Kejriwal has not taken back his words till date.

Expressing his anguish over the way CBI had acted against him, Mr Kumar in his letter to chief secretary M M Kutty, said he has never earlier experienced such kind of utter “disregard” for system, processes, protocol, transparency, decency as he had faced first-hand in his own case.