The police is yet to ascertained the motive behind the extreme step taken by the sub-inspector. 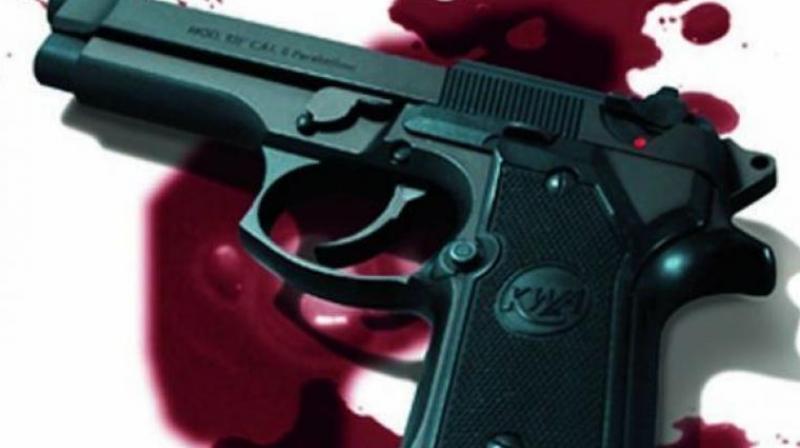 According to the police, the deceased has been identified as Bhagat Singh. (Representational Image)

New Delhi: Panic prevailed at the Kalkaji Metro Station on Thursday evening after a 28-year-old sub-inspector, attached to the CISF, allegedly committed suicide by shooting himself in the head with his service pistol inside the Kalkaji Metro station surveillance room.

The police is yet to ascertained the motive behind the extreme step taken by the sub-inspector. Soon, the police was informed who cordoned off the area and conducted a probe into the same. According to preliminary reports, no suicide note was found at the crime scene.

According to the police, the deceased has been identified as Bhagat Singh. He is survived by wife and two children. He hailed from Agra in UP and was a 2012 batch pass out. The probe has revealed that SI Bhagat Singh reported for the duty as usual and showed no signs of depression. Around 4. 30 pm while the Metro Station was abuzz with activities, SI Bhagat allegedly locked himself inside the CCTV room at the Metro station and took out his serviced weapon. The incident came to light when a few staff members at the Kalkaji Metro station saw Singh pointing his serviced pistol on his head urged him to put it down.

A senior police officer, who is a part of the probe, said that when Singh saw people coming for his rescue he began shouting from inside the room that he would kill himself if anyone tried to save him or open the door. “Soon, the news spread and additional team from the CISF was called. The team was about to break-open the door when he shot himself in the head,” added the officer.

Meanwhile, hearing the gunshot, panic prevailed at the Kalkaji Metro station after scores of passengers gathered at the spot. When CISF personnel broke into the room they found Singh lying on the floor bleeding profusely from the head, said the police official.

Immediately, the police was informed who rushed to the spot and shifted Singh to a nearby hospital where doctors declared him dead on arrival. Later, his body was shifted to AIIMS for a post-mortem. The family of the deceased cop has been informed and they are expected to reach city sometime late Thursday night.

The police has initiated proceedings under Section 174 of the CrPC and are trying to ascertain the reason behind the extreme step.