CBI was forcing me to implicate CM, says Rajendra Kumar

Hours after the allegations, the CBI denied them. 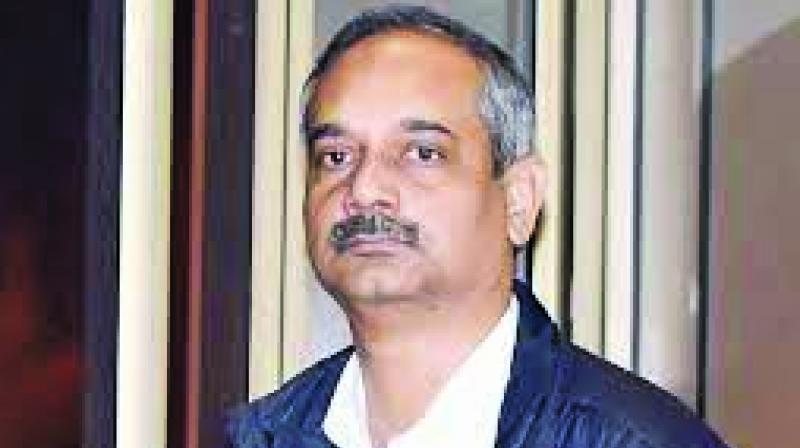 New Delhi: Alleging harassment by the CBI, Delhi chief minister Arvind Kejriwal’s former principal secretary Rajendra Kumar on Thursday said he had sought voluntary retirement after the agency was pressurising him to implicate the CM in the alleged wrongdoing that he (Mr Kumar) is accused of. The CBI, however, termed the allegation as “absolutely baseless” and said that it was an “attempt to influence a matter which is sub-judice”.

Reacting to Mr Kumar’s statement, the CM tweeted: “CBI raids my office, pressurizes officer to implicate me. Why are you so scared of us, (PM Narendra) Modiji? Chill.”

Speaking to the reporters outside his residence, a sombre Mr Kumar said: “I tender my voluntary retirement (VRS) request to the government. It was a very difficult decision and I have taken (it) with a very heavy heart... There are many other ways to work for public welfare and I will seek those.”

He said that despite coming from a very poor family, the government gave him an opportunity to serve goernment for 27 years. “I am obliged for that,” he said.

Mr Kumar was accused of abusing his official position in awarding Delhi government contracts worth Rs 9.5 crore to private firms during 2007-2014 when the Congress ruled Delhi. “I will stay in public service till my last breath,” he said, “And no hurdle can distract me.”

Asked if the CBI pressurised him to name Mr Kejriwal in the case, Mr Kumar said: “Whatever I have said is the exact truth and I stand by it. I have already written in my VRS that the main aim of the government (whichever it may be) was to put pressure on me to incriminate certain people, including Mr Kejriwal,” he said.

Hours after the allegations, the CBI denied them.

“The allegation of Mr Kumar, which has incidentally come up after filing of the chargesheet that the witnesses and accused were threatened by the CBI officers to implicate a political functionary, is absolutely baseless and denied,” the CBI statement said.