Leaders speak in different voices over inauguration of Ambedkar centre by PM on December 7. 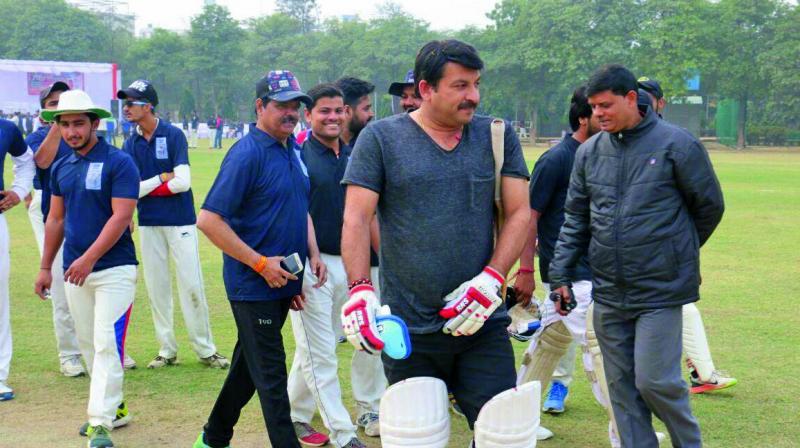 New Delhi : Differences in the Delhi unit of the BJP came out in the open when, on Monday, the leaders spoke in different voices at a meeting to discuss the preparations for the inaugural function of Dr Ambedkar International Centre by Prime Minister Narendra Modi on December 7 in the national capital. The state unit had called an emergency meeting of the office bearers, councillors, and senior leaders to discuss about the preparations for the inaugural programme. The manner, in which some leaders put across their point of view on certain matters, clearly indicated there were serious indifferences among a section of the senior party leadership.

Addressing the attendees, who were invited to discuss the preparation, Union minister Vijay Goel reportedly said that despite assurance and votes in his favour, he was not made Delhi BJP president when Thawar Chand Gehlot, the Union minister of social justice and empowerment, was the party’s state unit in-charge.

According to a party insider, contradicting Mr Goel, Mr Gehlot told workers that there were reasons which stalled Mr Goel’s appointment.

As both the Union ministers talked about differences in the past, current Delhi BJP in-charge Shyam Jaju made indirect reference to the ongoing differences between him and the party’s state unit president, Manoj Tiwari. Everyone in the Delhi BJP knows about the differences between Mr Tiwari and Mr Jaju. It has also stalled the decision process on several key issues.

A senior party leader told this newspaper that Mr Jaju claimed he was speaking in the meeting as he doesn’t want to leave any space for speculation about his relationship with the state unit.

“Mr Jaju told office bearers, councillors, and others that he was speaking to put on rest rumours that he was unhappy or not on same terms with the state unit or leadership,” he added.