He termed his action a symbolic protest against the scheme. 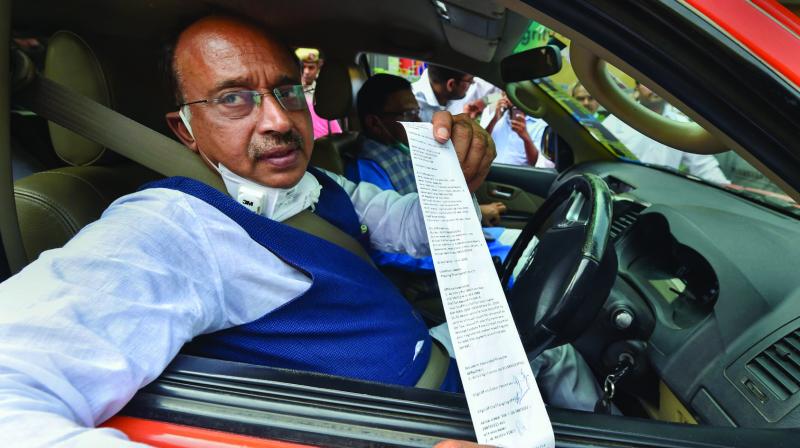 New Delhi: Rajya Sabha member and former Delhi BJP president Vijay Goel, on Monday, violated the odd-even rationing scheme by driving an SUV with an odd last digit in its registration number and termed the initiative ‘an election stunt’ by the Arvind Kejriwal government. He termed his action a symbolic protest against the scheme.

BJP national vice president and party city unit in-charge Shyam Jaju and other party leaders also accompanied Mr Goel in the SUV—which he drove from his residence on Ashoka Road—before being stopped near Janpath by traffic police personnel who challaned him.

Violation of the odd-even rule is punishable with a fine of Rs 4,000.

Delhi transport minister Kailash Gahlot later met Mr Goel with a bouquet of flowers, urging him not to violate the rule.