The arrested accused was previously involved in more than a dozen cases of murder, dacoity, robbery, and theft in Delhi, Haryana, and UP. 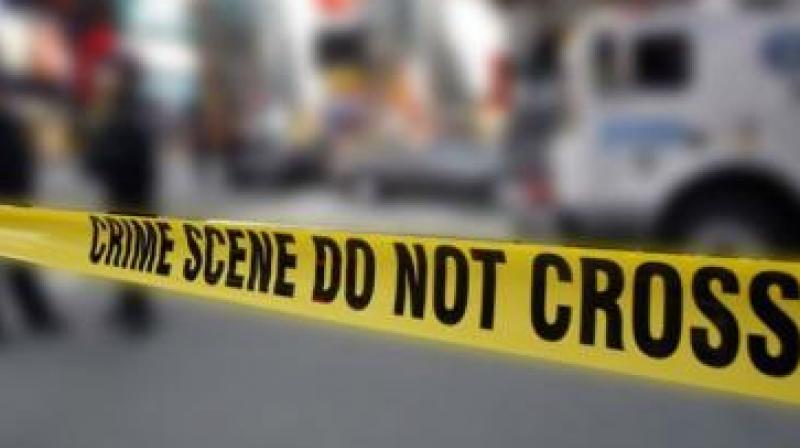 New Delhi: More than a dozen rounds were fired during an encounter between sleuths of special cell and two gangsters in the early hours of Sunday in East Delhi’s Ghazipur area. While one accused was caught, another fled from the spot.

DCP (Special Cell) Pramod Kushwah said that the arrested accused, Vinod (40), is a sharp shooter of Neetu Dabodia gang. The absconder was identified as Ashok Pradhan, on whom a bounty of Rs 2 lakh was put by Delhi and Haryana police.

Following a tip off, a trap was laid at the paper market in Ghazipur. The duo was intercepted and asked to surrender, but they opened fire on the team. In retaliation, the cops fired and Vinod was hit in his left leg. However, Pradhan managed to escape taking advantage of the darkness.

Accused Vinod was previously involved in more than a dozen cases of murder, attempt to murder, dacoity, robbery, assault intimidation, and theft in Delhi, Haryana, and UP.

During interrogation, it was revealed that Pradhan and Vinod were planning to avenge the murder of Pradhan’s brother by eliminating gang members of Neeraj Bawana. For the purpose, Vinod had procured weapons from Madhya Pradesh.

Police said that Vinod, along with his five other associates from UP and Haryana, had planned to abduct a cloth merchant of Agra for a ransom money amounting to Rs 10 crore.

However, their plan was foiled as his associates were nabbed by Agra police on Thursday.

One semi-automatic pistol and six live cartridges were recovered from Vinod. During the encounter, more than a dozen rounds were fired.