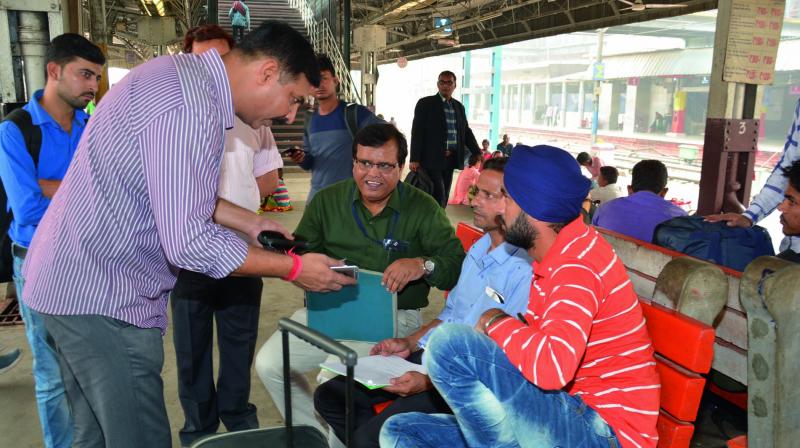 They can also give their feedback on their experiences during journeys at these counters, as a part of an initiative of the northern railways, which was launched during the Vigilance Awareness Week (October 30-November 4).

“The feedback survey is to obtain information on the real-time requirements of the passengers, besides addressing their grievances,” a northern railway statement said.

Mr Tiwari, along with senior railway officers, also interacted with rail passengers at the station and on-board trains and noted their suggestions.

During the ‘Vigilance Awareness Week’, the railway launched various awareness programmes at major stations through the popular modes like nukkad nataks (street plays), highlighting facets of corruption alongside alleviating concerns of the common man by educating and informing the various forums for corruption redress on the railway so that his voice is not lost to corruption.

An SMS campaign was also launched during the week to educate general public on the need to report cases of corruption so that they can be tackled and remedial action can be initiated on time. In-house debates, essay competitions, vigilance meets were also organised to engage staff in the awareness programme.