The BJP worker told this newspaper that the office-bearer is a father figure to him. 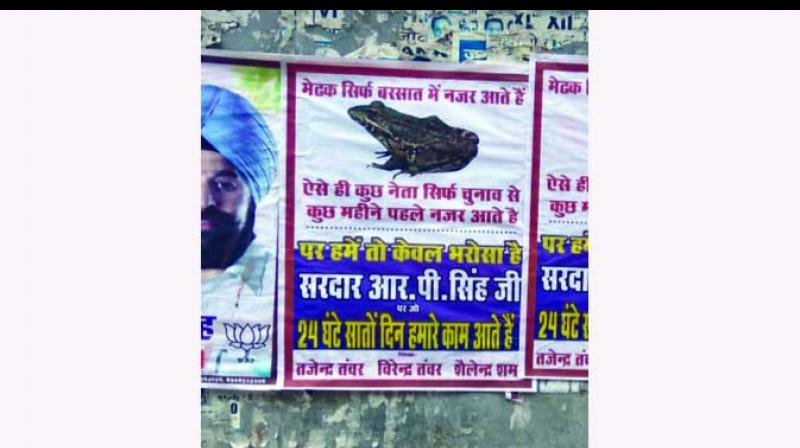 New Delhi: An audio clip in which a senior Delhi Bharatiya Janata Party leader is reportedly abusing his party worker over a social media post supporting party national secretary R.P. Singh has gone viral in the political circles in the national capital. While the leader in question has claimed that the audio clip had been doctored to defame him, the party worker alleged he abused him over telephone at about 1 pm on Monday.

In the two-minute audio clip, the Delhi BJP leader is heard asking the party worker on whose direction he posted content 40 times on social media and said he had done it for money. The BJP worker, a dalit, is heard clarifying that he found the content, a poster, put on walls in the locality and did it voluntarily. He is a booth president in Naraina municipal ward.

Mr Singh had won from Rajender Nagar assembly constituency in 2013 and lost to AAP candidate in 2015. “The voice in the audio clip is of a senior Delhi BJP office-bearer who is planning to contest from Rajender Nagar seat in forthcoming assembly election scheduled early next year. After hearing the abusive conversation it seems that the office-bearer is unhappy with the worker praising Mr Singh as it may dampen his chances of getting party ticket in assembly polls,” a party insider said.

The BJP worker told this newspaper that the office-bearer is a father figure to him. “He abused me because someone provoked him against me,” he added.