Sheila Dikshit to mentor 100 DU girls to be future leaders

As of now, women are allowed to speak or talk only about few selected topics. 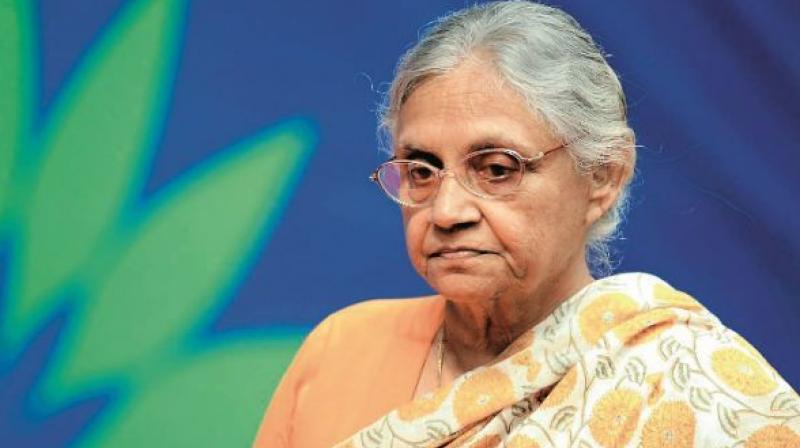 New Delhi: Former three-time chief minister Sheila Dikshit will imbibe leadership qualities in 100 girl students of the Delhi University. The student wing of Congress, National Students’ Union of India (NSUI) is in the process of identifying the students who would be mentored as young leaders by the veteran Congress leader.

The All India Congress Committee (AICC) joint secretary and in-charge of NSUI Ruchi Gupta told this newspaper that former Delhi chief minister Ms Dikshit will mentor 100 selected girl students as future leaders under a special campaign, ‘Young Women Leaders.’ It is to be launched in the latter half of September.

“As per plan, these young girls will be trained about all aspects of leadership. Ms Dikshit will guide them about public speaking, organisation building, networking, and other essential qualities required in a leader,” Ms Gupta added.

Highlighting the objective of the campaign, Ms Gupta said that through this programme the NSUI wants to include women participation in daily public discourse. As of now, women are allowed to speak or talk only about few selected topics.

The NSUI also included the campaign mentoring of ‘young women leaders’ by Ms Dikshit in its ‘Women Manifesto’ for Delhi University Students’ Union (DUSU) polls to be held on September 12. The training module will be carried out for about three months. “This will be a multifaceted training programme for three months. There are no fixed criteria for the selection of a candidate. But only those with leadership potential in any field of their interest will be selected. Field of interest can be politics, media, legal, finance, or any other,” Ms Gupta added.