A CCTV camera showed the driver getting down from his vehicle, running towards the complainant and punching her. 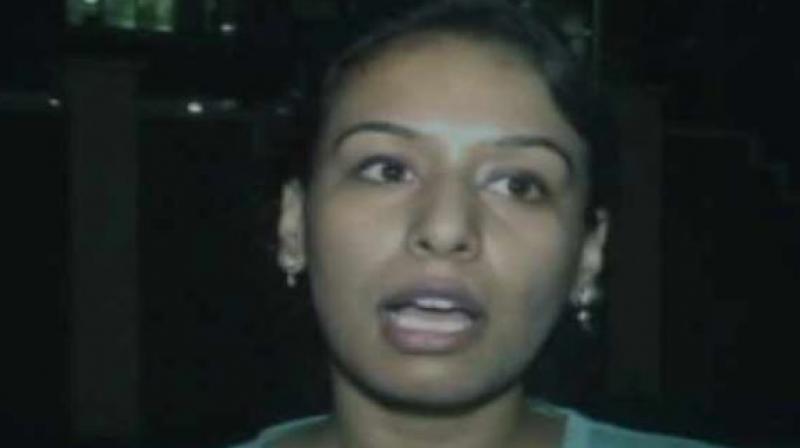 Speaking to the media, the victim named Khushboo said that there was a woman on a scooty whom the taxi driver was continuously abusing. (Photo: ANI)

New Delhi: In a shocking accident on the roads of Delhi, a woman was brutally thrashed in a crowded area by an alleged drunk taxi driver, on Thursday.

In her complaint, the woman said that Ravi Verma, the taxi driver appeared to be intoxicated, and had driven his Swift Dzire car carelessly through the crowd.

He then brushed against a scooter that had two women riding on it. When they protested, he stopped his car and tried to physically attack the two women.

Seeing this, the complainant, who was driving her car, halted and asked the driver to leave the two-wheeler riders alone, after which he assaulted the woman.

A CCTV camera captured part of the incident, and showed Verma getting down from his vehicle, running towards the complainant and punching her number of times before being stopped by people.

#WATCH: A cab driver beats up a woman who protested against his rash driving in Patel Garden area of Dwarka #Delhi (03.08.2017) pic.twitter.com/pvzflNJXaq

Speaking to the media, the victim named Khushboo said that there was a woman on a scooty whom the taxi driver was continuously abusing.

"I tried to intervene and save her but this taxi driver with a few of his friends started hurling abuses at us, after that he physically abused me as well and tore my clothes as well," she said.

The victim further said that even after the police came, the accused didn't stop abusing and beating her up.

"He beat me up in front of the police and abused me badly, even my friend was badly beaten," she said.

On being asked what the Police are doing about it, she said that they are just assuring them and doing nothing else.

"The Police is asking us to write a complaint and the rest they (Police) would see," she said, further alleging that that the Police are doing no interrogation.

"Even after coming to the police station he was just abusing and the police are doing nothing about it. Instead they are asking us to be quiet, you don't say anything, and the Court will look into it," she said.