If legislatures start doing the work of judiciary and executive then what will happen to the constitutional order, says Yogendra Yadav. 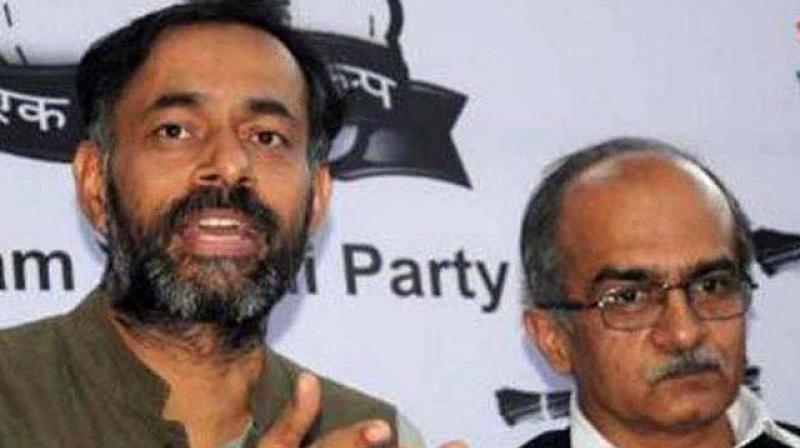 New Delhi: Swaraj India president Yogendra Yadav on Tuesday said there was “gross irregularity” in the ruling AAP’s move to use the Delhi Assembly route to punish officers and this would hurt “constitutional working” in the national capital.

The Delhi Assembly on Monday had passed a resolution for action against PWD officials for their alleged failure in completing the desilting work of the city drains before the monsoon season.

During the special session of the Delhi Assembly, AAP legislators expressed their resentment and complained to the speaker about “no work” being done for desilting of drains in their areas before the monsoon rains and demanded that the guilty officials be “sent to jail”.

“Earlier, whatever used to happen from the chief minister’s office will now happen from the Delhi Legislative Assembly. This is gross irregularity. If legislatures start doing the work of judiciary and executive then what will happen to the constitutional order,” Mr Yadav said.

A party leader said after being “pinioned” by the lieutenant-governor and the Centre, the AAP had decided to take the help of House committees to make its officers accountable.

The leader also pointed out that the Delhi high court’s order last year which gave L-G the primacy as the administrative head of the national capital, had made the case more difficult for the Arvind Kejriwal government.