CM blames others to cover up own failure, says Congress LS candidate

Slamming his rival and sitting MP Dr Harsh Vardhan, J.P. Agarwal said that the Union minister has done nothing for the Chandni Chowk constituency. 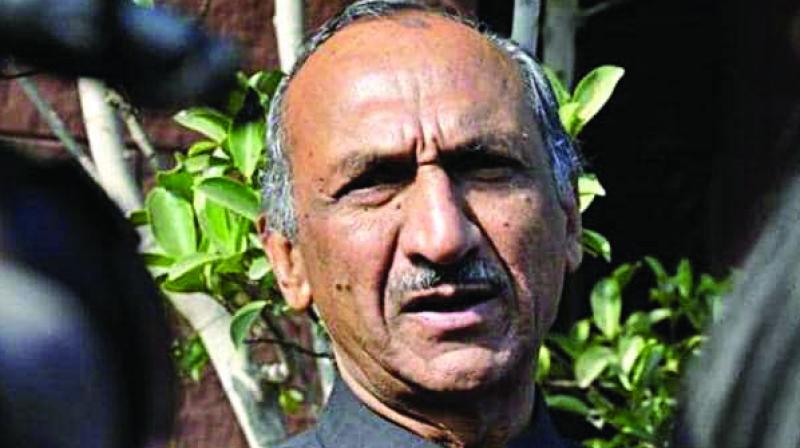 New Delhi: The Arvind Kejriwal-led AAP government has deteriorated the level of politics in national capital, said senior Congress leader and MP candidate from Chandni Chowk constituency J.P. Aggrawal in an interview with this newspaper. He added that it is the lack of will in Mr Kejriwal that has ruined the national capital.

Refuting AAP’s charge, he said: “When we came to power in 1998, we only had a budget of Rs 5,000 crore for Delhi. However, when we left the government in 2013 it was Rs 35,000 crore and now the AAP government is getting Rs 40,000 crore. Despite this huge amount, they are involved in the politics of confrontation rather than doing constructive work.”

Mr Aggrawal, who has been active in Delhi politics for over four decades, further said: “AAP has fallen in the eyes of the public. The party is without principle, without ideology. Their only motive is to befool the people of Delhi to achieve political power rather than work for them. They are only good enough to blame others to cover up their incompetence and failure. They made tall claims but failed to perform. They are like Asom Gana Parishad and their fate will be like them.”

While slamming his rival and present MP and Union minister of BJP Dr Harsh Vardhan, he alleged that the Union minister has done nothing for the Chandni Chowk constituency.

“When we were in power we had limited budget but the Sheila Dikshit government, which was in power in Delhi for 15 years, had done lots of work in the national capital without full statehood and that too when different governments were at the Centre. We never made excuse of full statehood to perform,” Mr Aggarwal, the former MP of Northeast Delhi, said.

He added that apart from dharna and blame game, the AAP MPs in the Lok Sabha and Rajya Sabha did not strongly raise the issue of full statehood to Delhi in the Parliament.

Refuting BJP on nationalism, he said: “The BJP-led Central government’s only agenda is to use the martyrdom of our brave soldiers. Our jawans are being killed and they are doing petty politics.”