Nirbhaya case: Final date to be fixed for convicts’ hanging

The first death warrant for their execution was for January 22, second for February 1 and the latest was for March 3. 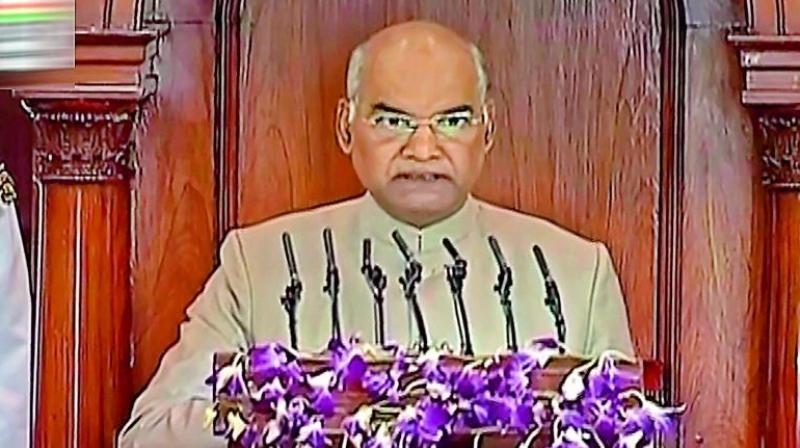 NEW DELHI: After exhausting almost all legal remedies, a Delhi court is all set to sign the final death warrant for the execution of all the four convicts in the Nirbhaya gangrape and murder case.

This will be the fourth time that the court will be issuing death warrants against the convicts. The first death warrant for their execution was for January 22, second for February 1 and the latest was for March 3.

The case which shook the conscience of the nation was tried in a fast-track court. Ater the trial proceedings, the case again hogged the limelight after Nirbhaya’s family and social activists accused the convicts of using legal provisions merely to delay their hanging. But the courts maintained they cannot afford to adversely discriminate any convict, including death row convict, in pursuit of his or her legal remedies, by turning a Nelson’s eye towards them.

Now, the only legal option left with Pawan is to challenge the President’s order on his mercy petition before the Supreme Court, which had earlier rejected similar pleas by the other three convicts — Akshay Thakur (31), Vinay Sharma (26) and Mukesh Singh (32). Once the President rejects a mercy petition, the convicts are to be given at least 14 days’ time before hanging to make their last wish.

Nirbhaya’s parents said they were now hopeful that the convicts would be hanged this month and justice would be finally delivered to them after a long wait. Earlier in the day, the Delhi High Court declined to entertain a plea seeking directions to the National Human Rights Commission to intervene and enquire into the mental and physical state of the four convicts. The High Court said the petition was not maintainable as it should have been first filed in the NHRC.

The convicts are also allowed some time alone so that they can remember their family members and closed ones. If desired by the convicts, they will be provided with some religious books and allowed to recite prayers.

The convicts will then be escorted to the noose and placed under the beam, following which they will be handed over to the hangman, who will tie their legs together. The rope will be placed around their necks and the executioner will draw the bolt.