Anand Vihar suffers a toxic blend of heavy traffic, dust and emissions from nearby industries in Ghaziabad. 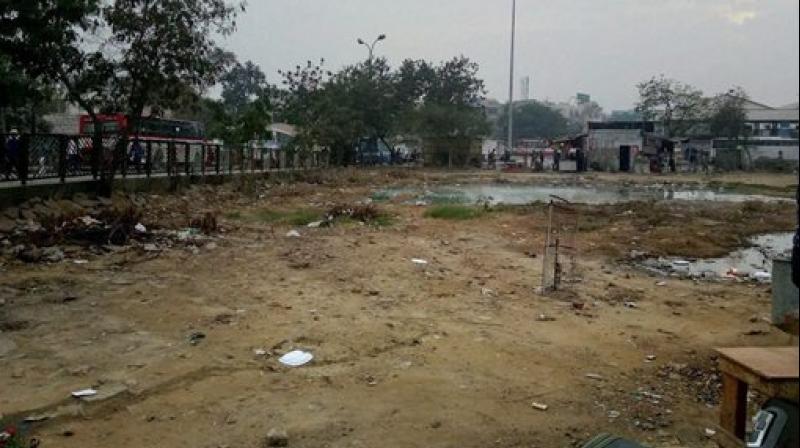 New Delhi: Dust stalks the landscape of Anand Vihar, which has become the city's pollution hotspot, like an assassin on the loose.

Located in Delhi's eastern fringe, Anand Vihar's sky is perpetually grey, with its air weighed down by smoke. Most faces are masked and even the trees lining up its roads appear to be gasping for breath.

The Delhi Environment Department's much-touted special drive to contain dust in this area, through vacuum cleaning of roads and better traffic management, is limited to pen and paper, residents allege.

But the fault also lies with authorities of neighbouring Ghaziabad, which falls in Uttar Pradesh, for doing little to rein in toxic fuel belching vehicles that crowd Anand Vihar ISBT.

"The government has banned diesel vehicles older than 10 years but they are still plying here. Buses in the ISBT here which are clearly as old are still used, making it difficult for me and the people I ferry to breathe," said Dalip Singh, an auto driver.

It is not only the air, even the water bodies in the area lie in a rotten state, with floating debris emitting debilitating stench.

Anand Vihar suffers a toxic blend of heavy traffic, dust and emissions from nearby industries in Ghaziabad. The ISBT and ongoing construction work in the area only add to the woes of the residents, whose health have been ravaged by high pollution levels.

In a recent meeting, Lt Governor Anil Baijal had directed that the bus depot be completely paved to prevent vehicles from kicking up dust but its lanes remain riddled by potholes and the ground largely bare.

"Pollution is a big epidemic in the whole of NCR. Anyone who is 'immuno-compromised', i.e. having an impaired immune system, is developing obstructive diseases like bronchitis, asthma due to pollution.

"The number of people being admitted to the ICU with such health conditions have doubled in the Anand Vihar-Ghaziabad area over the years," according to Anurag Mishra (internal medicine and critical care), who practices at a private hospital here.

Industries surrounding the area and fumes from the nearby Ghazipur landfill site, which was also flagged by Baijal, also contribute significantly in saturating the air with ultra-fine particulates.