Cong leader accused of graft during UPA-1 regime in 2009. 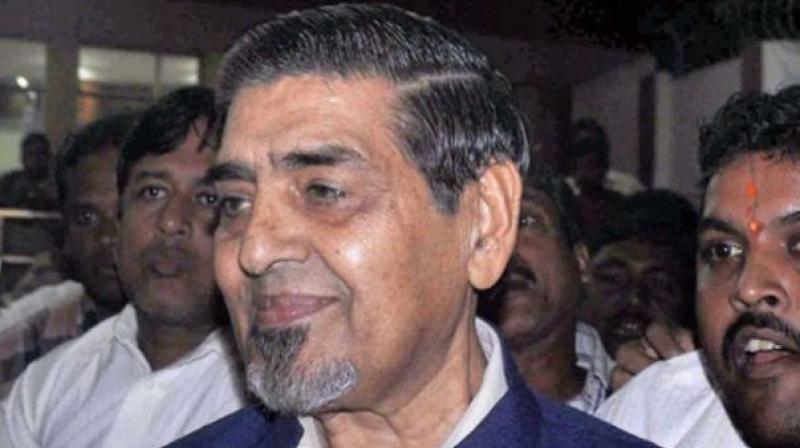 New Delhi: Congress leader Jagdish Tytler suffered a setback on Thursday with the Supreme Court rejecting his plea to quash charges in a corruption case for allegedly using a forged letter addressed to the then Prime Minister Manmohan Singh in 2009.

A bench of Justices Arun Mishra and M.M. Shantanagowder dismissed an appeal from Mr Tytler challenging a Delhi high court order which had in October last year dismissed the pleas against framing of charges along with controversial businessman Abhishek Verma. The bench, after hearing senior counsel Kapil Sibal, asked the trial court to complete the trial within one year. Mr Tytler and Mr Verma were put on trial by a city court for allegedly using a letter to show a Chinese firm that efforts were made to ease visa norms for it.

The letter, addressed to then Prime Minister Manmohan Singh in 2009, was written on a letterhead of Congress leader Ajay Maken, who was then a MoS for home. The trial court had framed charges against Mr Tytler and Mr Verma, while observing it was evident that the former had full knowledge of the nature and purpose of transaction being entered into between Mr Verma and M/s ZTE Telecom India Pvt Ltd officials.

The court had framed charges against Mr Tytler, who is out on bail, for alleged offences under various sections of the IPC, including 120-B read with 420 and 471 and under Section 8 of the Prevention of Corruption Act dealing with taking gratification by corrupt or illegal means to influence public servant.

The Central Bureau of Investigation (CBI), which is looking into the case, has claimed that Mr Tytler and Mr Verma had been trying to cheat the Chinese firm.

The CBI had chargesheeted both the accused alleging that M/s ZTE Telecom India Pvt Ltd was adversely affected by the order in which it was said that all foreigners, who were in India on business visas and engaged in executing projects or contracts, should leave the country on expiry of their existing visas or by October 31, 2009. It had alleged that a meeting took place at Mr Tytler’s residence where Mr Verma and the firm’s officials were present.

During another meeting, the forged letter of then MoS for home Ajay Maken addressed to the PM was shown to make them believe that the visa problem was being sorted out through them, the CBI alleged.