As per the Delhi government data, there are 895 colonies in the city that are in line for further authentication. 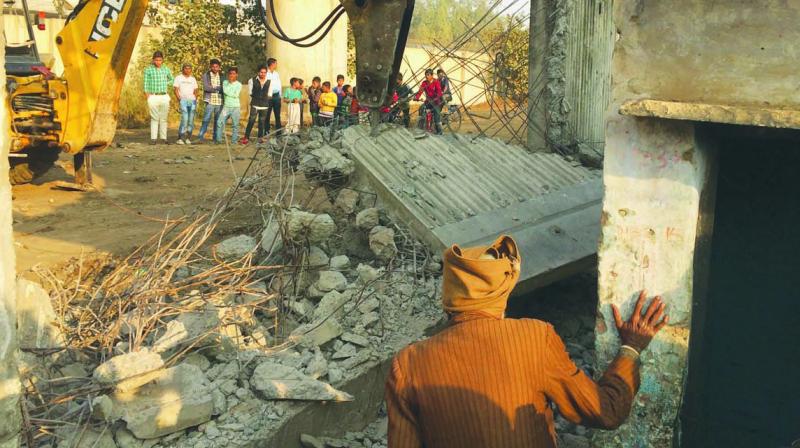 The RWA had contended that the acquisition of their land, initiated under the earlier Act of 1894, had lapsed as no compensation had been paid.

New Delhi: While pulling up the administration, the Delhi high court has said that legalising the unauthorised colonies doesn’t solve the problem. The bench observed that the authentication of these colonies only leads to more civic and urban issues. The single judge bench noted that unauthorised colonies are normally born out of greed with intent of securing unmerited benefits and legalising them has emboldened purchasers of acquired land and encroachers apart from leading to many problems.

The observation came while dismissing a plea of a resident welfare association (RWA) to restrain the Delhi Development Authority (DDA) from dispossessing any of the members of the association from their land to build roads.

The court in its judgment has said people “who have cut these unauthorised colonies have neither paid full development charges to the civic authorities nor provided proper civic facilities like roads, sewerage, drainage, water and electricity and as a consequence, diseases like malaria, diarrhoea and tuberculosis are common in Delhi”.

The court further said it would be difficult to provide adequate and proper sewage, drainage and roads after an unplanned colony has been constructed and occupied, as construction would have been carried out in a “haphazard manner without adhering to any scientific norms”, adding, “Legalising of unauthorised colonies in the past has not only emboldened the purchasers of acquired land and rank encroachers but has created manifold problems of environmental degradation, traffic bottlenecks etc.”

The court said that the members of the RWA of Utsav Vihar here who are affected by the acquisition of their land by DDA can move individual petitions in the high court for relief under the Land Acquisition Act of 2013.

The RWA had contended that the acquisition of their land, initiated under the earlier Act of 1894, had lapsed as no compensation had been paid.

Justice Manmohan, however, said: “Till the time the appropriate court does not declare that the acquisition proceeding has lapsed, this court is of the view that the right of DDA to the land cannot be questioned.”

DDA had, during the proceedings, contended that as the unauthorised colony of the petitioner RWA was on acquired government land, the authority was entitled to utilise any portion of the acquired land for a public project.