The numbers of malaria and chikungunya cases recorded in 2017, till December 2, stood at 1,132 and 917 respectively, the report said. 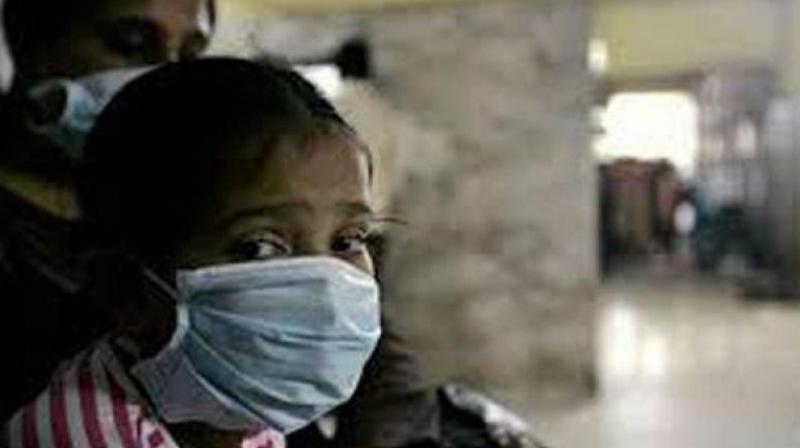 Seventeen deaths, suspected to be due to malaria, were also reported by the civic bodies in 2017. (Photo: PTI | Representational)

New Delhi: At least 176 dengue cases were reported in the city last week, taking the total number of people affected by the vector-borne disease in the national capital this year to 9,072, according to a municipal report released on Monday.

The numbers of malaria and chikungunya cases recorded in 2017, till December 2, stood at 1,132 and 917 respectively, the report said.

However, there is a decline in the numbers of these cases as the season for vector-borne diseases is coming to an end.

Of the 9,072 dengue cases this year, 4,645 patients belonged to Delhi, while 4,427 had come to the city from other states for treatment, the report read.

The mosquito-borne tropical disease had claimed its first victim in the city in 2017 on August 1, when a 12-year-old boy died of dengue shock syndromes at the Sir Ganga Ram Hospital (SGRH).

Three more deaths were reported in October by the South Delhi Municipal Corporation (SDMC), which tabulates the data for the entire city.

The civic body, however, is yet to acknowledge two fatalities due to dengue at the Lok Nayak Jai Prakash Narayan (LNJP) Hospital and the death of a boy at the Ram Manohar Lohia (RML) Hospital due to the vector-borne disease.

According to the RML Hospital authorities, Shaurya Pratap Singh (7) had died on November 22, two days after he was admitted to the hospital, the latest dengue death to be reported from the national capital.

The number of dengue cases recorded in the city stood at 2,022 in October, while over 800 cases were reported in November, the report said.

Cases of vector-borne diseases are usually reported between mid-July and November-end.

This year, however, the disease had spread much earlier.

Dengue and chikungunya are caused by the aedes aegypti mosquito, which breeds in clear water.

The female anopheles mosquito, which causes malaria, breeds in both fresh and muddy water.

According to the SDMC, mosquito breeding was reported from 2,09,637 Delhi households till December 2.

At least 21 dengue deaths were reported in 2016 from various city hospitals, including nine at the AIIMS, though the official figure of the civic bodies was 10.

Seventeen deaths, suspected to be due to malaria, were also reported by the civic bodies in 2017.

At least 15 fatalities were reported in 2016 from various city hospitals due to complications triggered by chikungunya, though the civic authorities kept the death tally at zero.

One of the worst chikungunya outbreaks in the national capital was in 2016, when 12,221 cases were reported till December 24. Of these, 9,749 were confirmed.