The municipality has operationalised a new dog sterilisation centre in Brijvasan, more are coming up in three other areas. 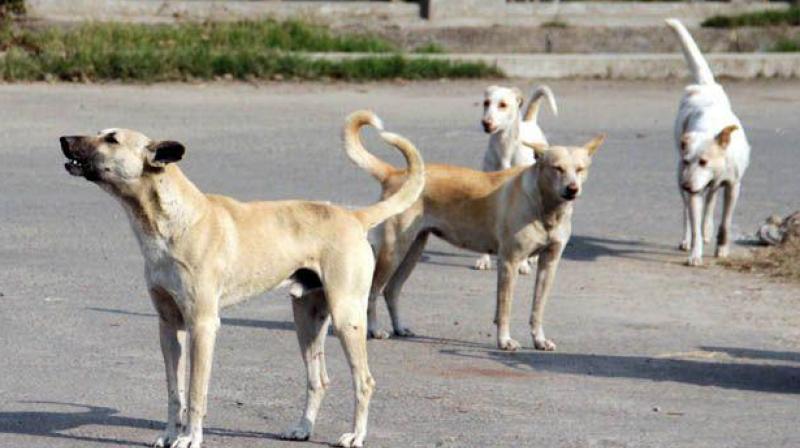 SDMC has operationalised a new dog sterilisation centre as the civic body completed the census of stray dogs, which has pegged their number at 1,89,285. (Photo: PTI/Representational)

New Delhi: South Delhi Municipal Corporation has operationalised a new dog sterilisation centre in Brijvasan while three other such facilities are to open soon, even as the civic body completed the census of stray dogs, which has pegged their number at 1,89,285.

The other three centres are coming up at Mundela, Nangli and Masudpur. Besides, eight new mobile teams for dog sterilisation as well as another facility at Tehkhand have been proposed, as per the SDMC budget.

As per a survey conducted recently by global NGO, Humane Society International, the number of stray dogs in south Delhi has been pegged at 1,89,285. Of these, 40.3 per cent males and 27.8 per cent females were found sterilised.

On August 28, SDMC had started the stray dog census seeking to measure the progress of the sterilisation programme.

"Our current average capacity is 70-80 dogs per day which translates into about 2,500 dogs per month. Once these four centres get operationalised, the capacity would increase to 4,500," Director of Veterinary Services of SDMC, R B S Tyagi, had earlier said.

Goel said the Brijvasan facility began operating from October 17 while the rest would be operationalised soon.

The civic body currently has nine sterilisation centres out of which four in Lajpat Nagar, Tughlaqabad, Tilangpur Kotla and Ghazipur are owned and managed by the SDMC, while the rest are commissioned to NGOs. But sterilisation at all the nine facilities are being done by the NGOs.

SDMC has already begun work on construction of a huge sterilisation facility at Sector 29 in Dwarka as well.

"Work on constructing the boundary wall at the Dwarka sterilisation facility is currently underway," Goel said.

HSI-India compiled and analysed the data over a period of eight weeks, before submitting a report to SDMC.

The last count of street dogs was done in 2009 for the then unified Municipal Corporation of Delhi (MCD) which had pegged their population at around 5.62 lakh.

After its trifurcation into North, South and East Corporations (NDMC, SDMC and EDMC) in 2012, none of three civic bodies had taken up the exercise.

The census assumes significance as several cases of dog bites and attacks by stray animals have been reported in areas under all the three corporations.

North Delhi Municipal Corporation has one sterilisation centre at Peeragarhi, which has one unit and 25 kennels.

East Delhi Municipal Corporation does not have any sterilisation centre of its own and has commissioned NGOs to carry out the work.