The protesters were detained after they attempted to sit on a dharna outside Mr Kejriwal’s Civil Lines residence. 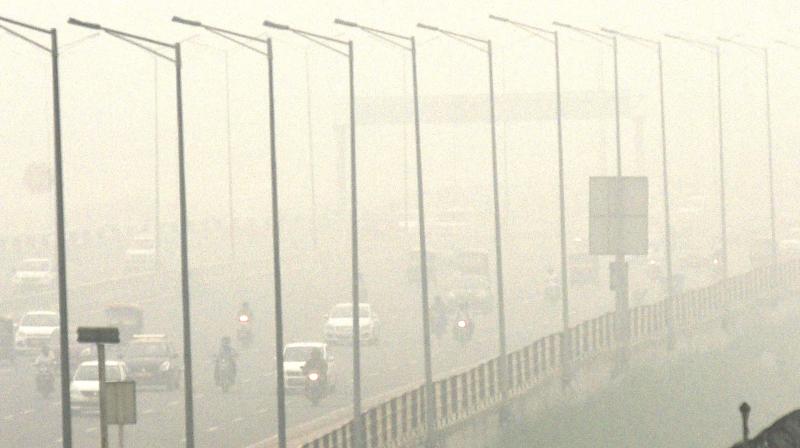 NEW DELHI: Delhi Congress president Subhash Chopra and several other leaders of the party were detained by the police on Sunday during a massive demonstration outside chief minister Arvind Kejriwal’s residence against the high levels of air pollution in the city.

The protesters were detained after they attempted to sit on a dharna outside Mr Kejriwal’s Civil Lines residence.

Around 40 protesters were detained and released subsequently, a Delhi police officer said.

Apart from Mr Chopra, former DPCC presidents Ajay Maken, Jai Prakash Agarwal and Arvinder Singh Lovely were present on the occasion. The demonstrators and the police exchanged hot words before they were detained by the police and were taken to the Civil Lines police station.

The demonstrators, carrying placards and shouting the slogan “Lathi GoliKhayenge, Dilli Ki JanatakoBachayenge”, wanted to march towards the chief minister’s residence, but they were stopped by the police.

Addressing the Congress demonstrators, Mr Chopra blamed the inaction and failure of the Aam Aadmi Party government in Delhi and the BJP government at the Centre and the municipal corporations of Delhi (MCDs) in combating air pollution, which has reached “emergency” levels in the national capital. Mr Chopra said that the AAP and the BJP were responsible for the severe pollution in Delhi.