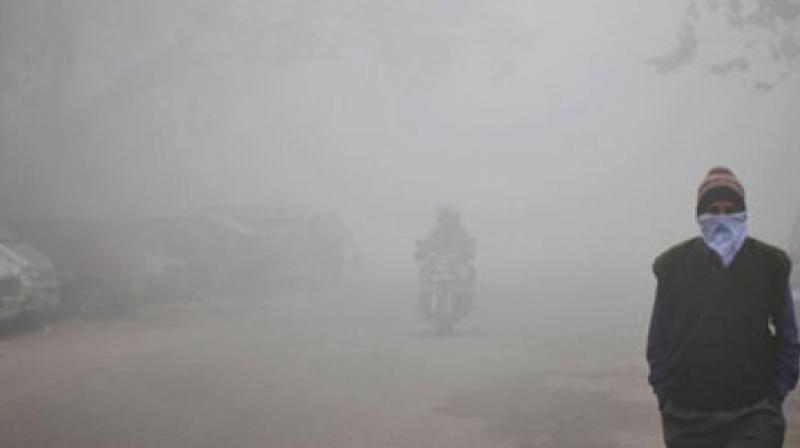 The doctors further pointed out that poor air quality can aggravate asthma and other respiratory and heart related diseases. (Photo: AFP)

New Delhi: The Indian Medical Association (IMA) has called for the cancellation of Airtel Delhi Half-Marathon, which is scheduled for November 19, owing to high levels of air pollution.

In a statement issued on Friday, the IMA said that the marathon would affect the health of those participating in it. Notably, the air quality has been ranging in the “very poor’ levels since early October.

“Delhi has been experiencing high air pollution levels these past days. The air quality is particularly poor early in the morning when pollution is extremely high. This is also the time when the proposed ‘half-marathon’ is scheduled to start,” said Dr K.K. Aggarwal, the national president of IMA.

“Air pollution not only affects the performance of the runners, it may have disastrous health consequences even for the healthy participants, including the volunteers involved in organising the event,” he added.

The doctors further pointed out that poor air quality can aggravate asthma and other respiratory and heart related diseases.

This marathon, scheduled for 7 am on November 19, is the 13th edition and race promoters have signed the 2017 World Champions, Geoffrey Kirui and Almaz Ayana, as star attractions.

“High PM 2.5 levels can increase BP, and can also increase the risk of acute cardiovascular disease such as heart attack, stroke... Hence, we demand that the event be cancelled immediately and postponed to a later date, when air pollution levels are better. IMA will be writing to Delhi chief minister, Chief Justice Delhi high court and the chairperson, NGT in this regard”, added the statement.

“If the AQI (air quality index) is above 100, it is prudent for race administrators to warn participants and volunteers, particularly those with lung conditions, about the potential risk,” said the IMA in its statement.

Dr Aggarwal also pointed out that poor air quality can aggravate asthma and other respiratory and heart related diseases.

On Friday, the air quality bulletin by Central Pollution Control Board (CPCB) showed the AQI at 324 and under the ‘very poor’ category.

In fact, many city doctors have warned Delhiites to avoid morning walks as pollution level is at an all-time high during the mornings due to huge concentration of particulate matter (PM) 2.5 — tiny hazardous particles that are capable of entering our lung and blood tissues — in the air.