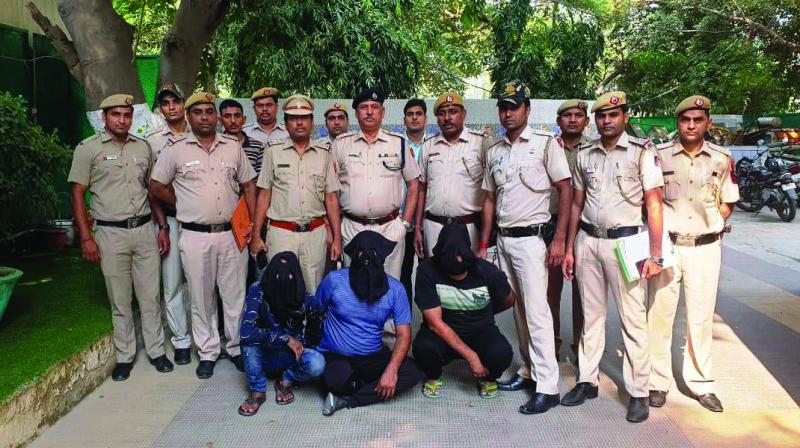 The police has also recovered two country-made pistols along with three live cartridges, one fired empty cartridge shell, one button operated knife, a car, and house breaking equipment from the possession of the accused.

The accused have been identified as Sunil Kumar Meena (34), a resident of Dwarka; Satish Chander alias Tyagi (48), a resident of Uttam Nagar, and Satender Kumar (30), a resident of Nangloi area. The duo was previously involved in 35 cases and with their arrest eight cases of burglaries and Arms Act have been solved by the police.

According to DCP (Southwest district) Devendra Arya, on October 2 at about 6.00 pm specific inputs were received that two-three criminals will be coming to Vasant Kunj area to commit a crime following which a trap was laid.

“At around 8.30 pm, a Hyundai i10 car was located, which was coming towards Grand Hotel Vasant Kunj on the Teri University-Grand Hotel Road. A police team had already taken strategic positions near the spot to intercept them. As soon as the car came in the range of the police team, it immediately blocked the way of the said vehicle from all sides, giving it no chance to escape,” said the DCP.

He said that subsequently a case under Sections 186, 353, 307, and 34 of the Indian Penal Code (IPC) and under Sections 25 and 27 of the Arms Act was registered at the Vasant Kunj (North) police station and the accused were placed under arrest.