The decision comes ahead of the Delhi Assembly polls, which are scheduled to be held early, next year. 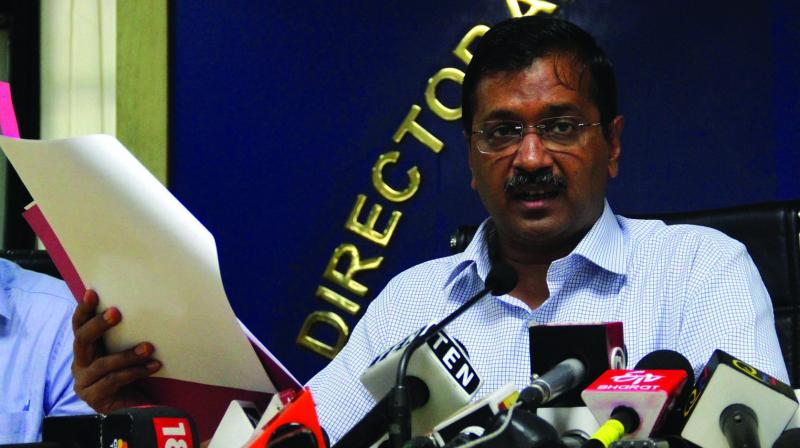 New Delhi: The Delhi Cabinet on Tuesday decided to include other backward class and general category students in its ‘Jai Bhim Mukhyamantri Pratibha Vikas Yojana’, and enhance financial assistance from Rs 40,000 to Rs 1 lakh for coaching for various competitive exams.

Briefing reporters on the Cabinet decisions, chief minister Arvind Kejriwal said earlier, the scheme was only for the scheduled caste (SC) category students under which financial assistance of up to Rs 40,000 would be provided. The decision comes ahead of the Delhi Assembly polls, which are scheduled to be held early, next year.

Mr Kejriwal said that for instance, a civil service aspirant will be provided `one lakh financial assistance for 12-month coaching. Later in a tweet, he termed his government’s decision as “historic” and said, “Every child is a part of his family. It is his responsibility to take care of his education.”

Mr Kejriwal, in a press conference, said an applicant, whose annual family income is less than `eight lakh will be able to avail the scheme. “Children born in poor families are also very intelligent, but in the absence of resources for coaching, they are left behind, and only those with sufficient economic resources have access to coaching,” the chief minister said.

He said the Delhi government is committed to ensure that no child is denied coaching for competitive exams due to lack of financial resources. “It was for this very reason that the Delhi government had launched ‘Jai Bhim Mukhyamantri Pratibha Vikas Yojana’ a year back,” Mr Kejriwal said. Delhi students belonging to SC, ST, OBC and EWS categories with total family income less than `eight lakh per year will be eligible for the scheme.

For the judicial services examination, the Delhi government will provide `one lakh for coaching of up to 12 months. For the entrance examination of professional courses for students with science stream like engineering, NDA and CDS, an 11-month coaching will be provided with the financial assistance of `one lakh. The AAP government will give financial assistance of Rs 50,000 for coaching for the entrance examination for other professional courses such MBA, CLAT, etc.