Police also registered three FIRs – one lodged by each community and third one for vandalising the religious place. 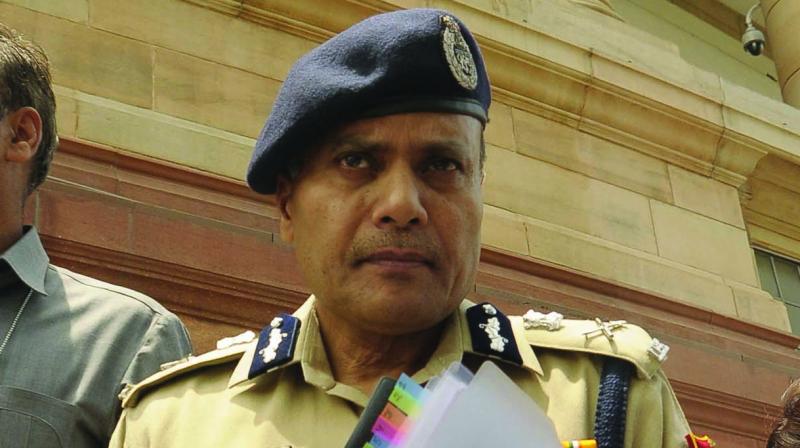 NEW DELHI: Union home minister Amit Shah on Wednesday summoned Delhi police commissioner Amulya Patnaik regarding Sunday’s communal clashes in Hauz Qazi area of the walled city where a 100-year-old temple was desecrated. The entire area, which remained tense for two days following the clashes between members of the two communities over a parking row, was back to normal on Wednesday.

Briefing the media after the meeting, the police commissioner said: “It was a general briefing about the Hauz Qazi incident. The situation is now well under control.”

Mr Patnaik said nine people, including four juveniles of same age group, have been arrested so far while age of one person is yet to be ascertained. “We have the CCTV footage. These are a group of criminals... we are analysing the footage and all those involved will face action.”

Police also registered three FIRs – one lodged by each community and third one for vandalising the religious place. The police also detained five persons for questioning in connection with the rioting. A police officer said that a minor boy who had gone missing since the incident was also traced and handed over to the family.

On Wednesday, people offered prayers at the desecrated Durga temple. All through the day, a heavy possesse of police personnel kept patrolling the entire area.

Targeting the Arvind Kejriwal government, Rajya Sabha MP and BJP leader Vijay Goel said after the attack on Mata Durga temple, the local people informed him that it was Delhi minister for food and civil supplies Imran Hussain who deliberately gave communal colour to the parking issue. Mr Goel said that the involvement of Mr Hussain in the temple attack matter raises several questions as the Delhi chief minister had also chosen to remain silent on the entire episode.

Mr Hussain filed a police complaint against Mr Goel, SAD MLA M.S. Sirsa and a news website for levelling false allegations against him about the Hauz Qazi incident. In the complaint, he alleged that after a tweet by Mr Sirsa, AAP Rajya Sabha MP Sanjay Singh had received a threat call.