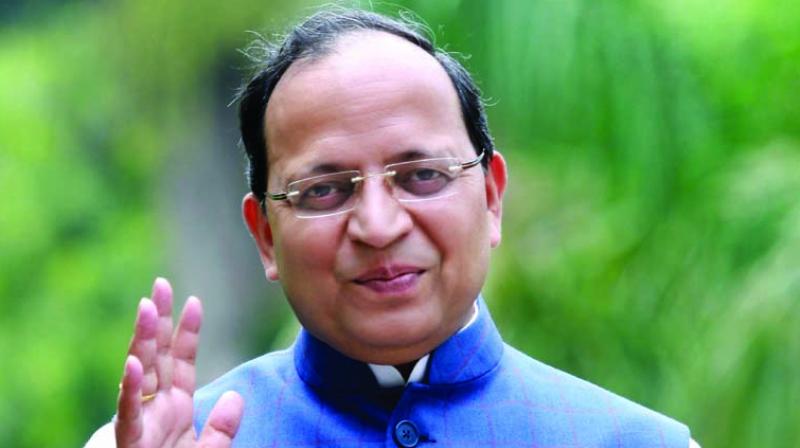 New Delhi: Unhappy with the differences in the party’s city unit, the BJP central leadership is said to have decided to sideline the state unit in-charge Shyam Jaju by appointing national general secretary Arun Singh as the Lok Sabha poll in-charge, authorising him to take strategic decisions.

While interacting with the Delhi BJP leadership recently, the party president, Amit Shah, showed his displeasure over the state of affairs in the party and pulled up Mr Jaju along with state unit general secretary (organisation) Sidharthan for not managing it properly. Mr Singh’s appointment is seen as BJP’s attempt to repeat its performance in 2014 Lok Sabha polls in which the party swept all the seven seats in the city.

A party insider told this newspaper that Mr Singh has been appointed as ‘prabhari’ (in-charge) for the Lok Sabha polls in Delhi. He will be working as a link between the state unit and the central leadership.

“The state leadership, including Mr Jaju, will report to Mr Singh from now onwards until the Lok Sabha polls. Mr Singh will work as the guiding light for Delhi BJP and monitor the execution of central decisions in the city,” he added.

Talking about the role of Mr Singh, a senior party functionary said that he (Mr Singh) has been given absolute powers to take all the important decisions related to the polls.

“Mr Singh is going to play a crucial role by identifying the weak areas in the organisation and will work to build a strong network of grassroots workers at the booth level as instructed by Mr Shah,” said the senior party functionary.

During his half-day interaction with Delhi BJP on June 21, Mr Shah had pulled up the state leadership and asked them to get their act together. He had reportedly said that there are 33 BJP state units, but only Delhi failed to follow and implement the directions of the central leadership.

“Taking a serious note of the unsatisfactory replies, Mr Shah, pointing towards Mr Jaju, said ‘mai nahi janta ki aap mand-mand muskura rahe hain ya chintan kar rahe hain (I don’t know whether you are smiling or giving a thought to my words),” said a BJP leader present in the meeting.