Sanskrit, last resort for many low-scorers

Despite the Central government’s push to revive Sanskrit, the interest for the subject remains low in Delhi University (DU). 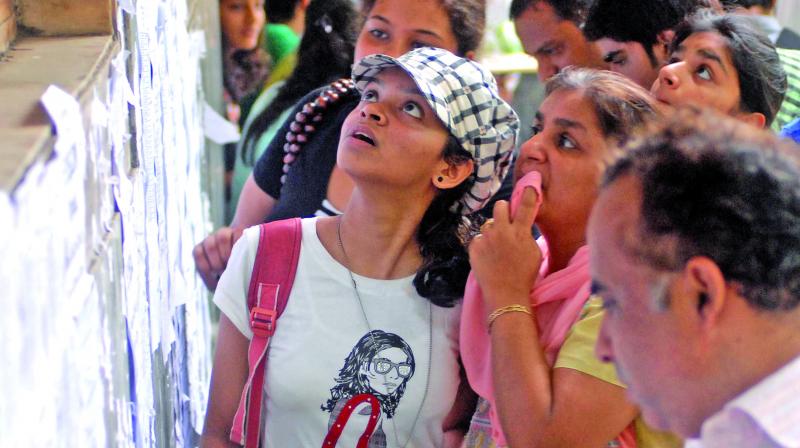 New Delhi: Despite the Central government’s push to revive Sanskrit, the interest for the subject remains low in Delhi University (DU). According to statistics, the cut-offs have dropped for the subject over the years with the recent percentage dropping to as low as 45 per cent in the second list as released by Kalindi College on Friday.

The subject, however, has become a backup study option for scores of students who are unable to get admission in the popular courses of their choice due to high cut-offs.

“I wanted to pursue History, but I have scored 86 per cent in my Class 12 board exams. I don’t think the cut-off will go down to this percentage even in the third or fourth list. So, I got admitted at Ramjas College, which has declared the cut-off for Sanskrit at 70 per cent. Getting into DU is in itself a big chance,” said 18-year-old Ankita Bora.