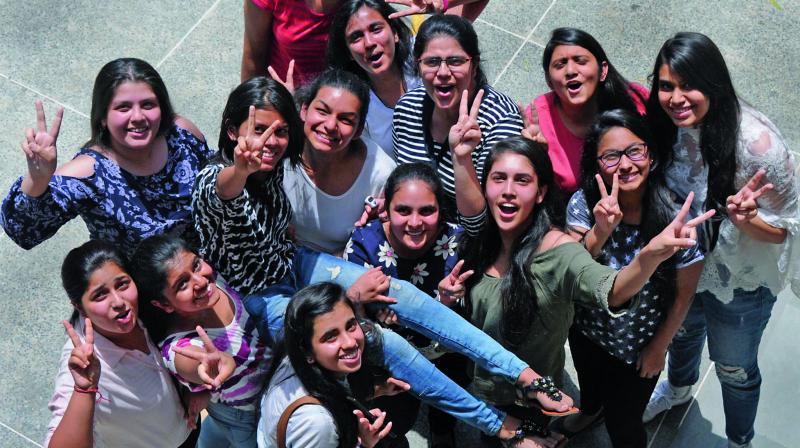 New Delhi: Despite a major thrust to the education system in the city, Delhi has lagged behind the other regions with the CBSE Class 10 board exam pass percentage dipping by a whopping 13.67 per cent. This year, the pass percentage of the national capital went down to 78.09 from last year’s 91.76 per cent.

The pass percentage has been steadily dipping over the years. From a pass percentage of 98.40 in 2013, the number slumped to 91.76 per cent last year. This has further plummeted to 78.09 per cent this year.

Expressing deep concern over Delhi’s performance this year, Monachan KK, principal of Montfort School, said that one of the reasons is the CCE system.

“Students are aware that in the school-based exam, marks will be given by the schools. So, they take it a little lightly. The spirit of competition has gone down and there is a need to instil a sense of responsibility in students. I am sure that once the compulsory board exams come back next year, Delhi will witness a huge difference,” he said.

The overall pass percentage in Class 10 board exam also fell to 90.95 per cent as compared to 96.21 per cent last year, registering a dip of over 5.26 per cent.

“It is surprising to know that Delhi fared poorly this year because as per stude-nts, the papers were easy. I believe the reason is the low detention policy and an increase in learning disabilities. It is our collective responsibility to motivate the students more,” Sunita Sharma, the principal of S.D. Public School, said.

According to deputy CM Manish Sisodia, who also holds the education portfolio, Delhi government schools scored 92.44 per cent, which is 3.19 per cent higher than 2016.