Phase-3 project of Delhi Metro is being implemented at a cost of Rs 40,000 crore. About 140 km will be added to the Metro network. 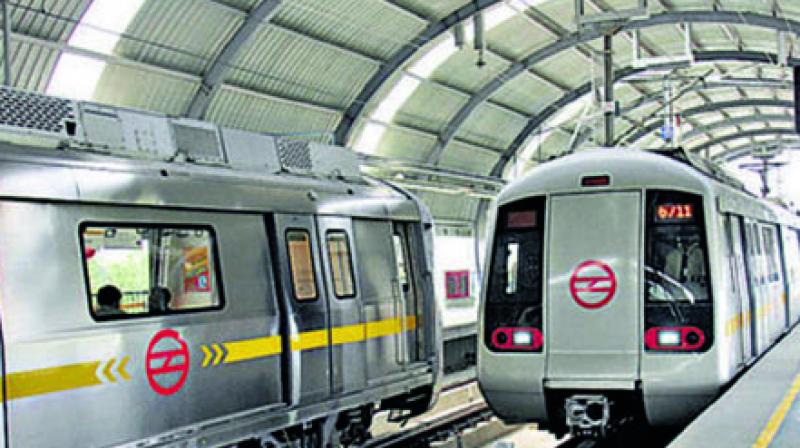 New Delhi: More than  6,600 additional personnel have been sanctioned by the government to the CISF for its two major tasks of guarding the Delhi Metro and protecting high-risk VIPs, officials said on Thursday.

They said a fresh sanction of 5,140 posts has been made to enhance the capacity of the force for guarding the new phase-3  expansion of the Delhi Metro, while another 1,540 posts have been sanctioned to it by the Union home ministry to bolster its VIP security wing called the Special Security Group (SSG).

The total manpower sanctioned is 6,680 personnel, they said. CISF director general Rajesh Ranjan confirmed the media that ensuring fool-proof security for the Delhi Metro and its passengers is the most important task for the paramilitary.

The DG, who took charge on April 11, had reviewed the security apparatus in the Metro and also visited some Metro stations.

The phase-3 expansion project of the Delhi Metro is being implemented at a cost of Rs 40,000 crore and a total of 140 km will be added to the current netywork of 213 km.

The latest phase — some part is already operational — will also add 15 interchange stations to the existing nine and take the count of total stations in the Delhi-NCR to 227. The fresh manpower of the CISF will be used to guard this network, officials said.

About 9,000 CISF men and women are currently deployed to secure the existing stations of the Delhi Metro Rail Corporation (DMRC). The force that guards 70 VIPs such as National Security Advisor Ajit Doval and Union Finance minister Arun Jaitley will deploy the fresh manpower to fill existing posts and expand the SSG wing, they said.

The SSG, they said, has about 1,200 personnel in position as of now. The Central Industrial Security Force is the nodal agency to guard the Delhi Metro, but some areas like the entry and exit points and the passage to the stations — the unpaid areas — are not under its cover.

These areas are jointly secured by the CISF and the Metro unit of the Delhi Police. DG Ranjan said the force has prepared a plan to “proactively” secure these grey areas by deploying special patrol teams and quick reaction teams. “My aim is to usher in more and more welfare projects for the force personnel like creating more accommodation facilities for them and initiating measures for financial literacy among the personnel,” he said.