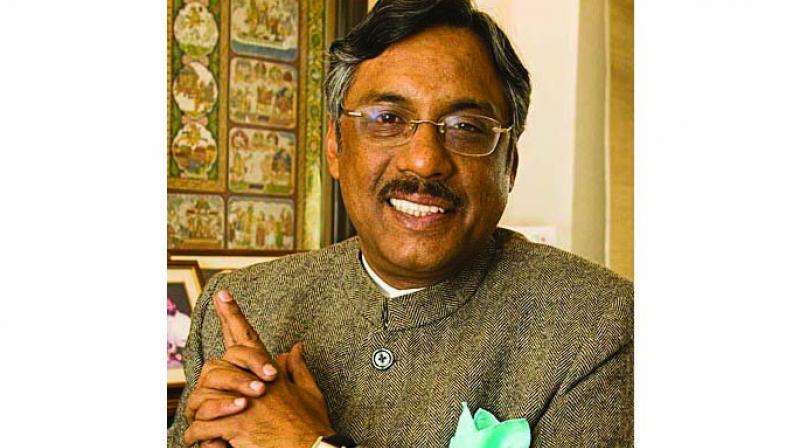 New Delhi: Hinduism is a great religion but “ignorant and illiterate” people, who think of themselves as its self-anointed protectors, are trying to devalue it, feels JD(U) leader Pavan Varma.

“I want to proudly say that I am a Hindu, but I want to say that for right reasons,” the diplomat-turned-politician said at the launch of his new book “Adi Shankaracharya: Hinduism’s Greatest Thinker” at the Nehru Memorial Library here on Wednesday.

“I refuse to be a mute witness to the reduction of such a great religion (Hinduism) to its lowest common denominator by ignorant and illiterate people who think they are self anointed protector of Hinduism,” Varma said.

Hinduism is a grand edifice of thought and is “inclusive” by its very philosophy and is based on shastras, debates, ability to listen, to acomodate and much more, he said.

“I want those traditions to be respected- of inclusion, not exclusion; of assimilation, not hatred; of dialogue, not violence.

“We need to have the knowledge of Hinduism and its great philosophy and if we don’t, it’s like to be reduced to that level,” he added.

Congratulating the author for his book, Singh jokingly remarked that Varma has covered quite some distance from writing about ‘Kamasutra: The Art of Making Love to a Woman’ in 2007 to the great theologian Adi Shankaracharya now.

“Let me commend Pavan, because when I met him first 12 years ago he was an unusually intelligent foreign service person, but since then he has moved from Kamasutra to Adi Shankaracharya.

“I think I must congratulate him for that... Also I think that Ms Varma too is partly responsible for that,” he said sending the audience into peals of laughter.

The book, published by Westland, is an account of the life, times and philosophy of Shankaracharya and examines the startling endorsement that contemporary science is giving to his ideas today.