Party’s refusal to give tickets to sitting candidates led to protests. 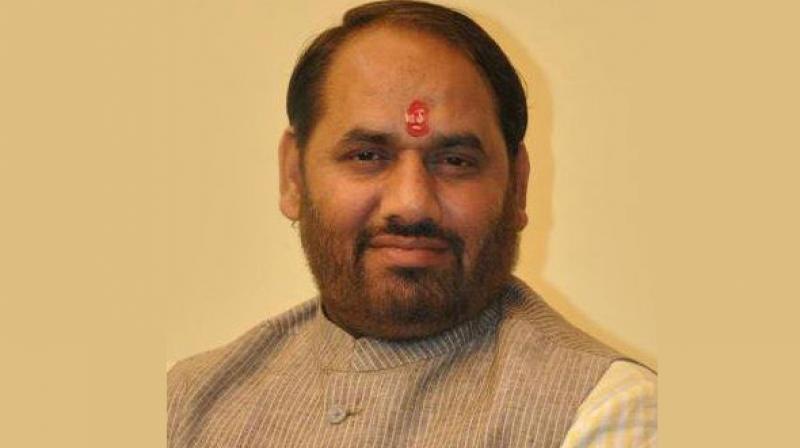 New Delhi: The BJP managed to release its final list of 112 candidates for the civic polls on Monday just in time — a few hours before the closing of nominations. The prominent faces who have been given tickets include Poonam Parasar Jha, Delhi BJP Mahila Morcha president and wife of former MLA Anil Jha. She will contest from the Mubarakpur Dabas ward in NDMC. The BJP has fielded six Muslim candidates in the polls.

The BJP also given a ticket to Sunita Devi, in whose house Delhi BJP chief Manoj Tiwari spent a night during his stay at a slum cluster, from Inderpuri ward in the NDMC.

The final list also named Rubina as party candidate from Quraish Nagar in NDMC. She is the sister of former BJP councillor Imran Is-mail and daughter of current councilor Hoor Banu.

Party sources said that the leadership was under “tremendous pressure” from several quarters including sitting MPs, former legislators and ex-councillors who had been “lobbying hard” with national leaders and the RSS for tickets. The party had earlier decided not to field outgoing councillors this time to ward off anti-incumbency.

The final list also included names of some candidates who are known to be close to top leaders in the party. R.K. Ballan, stated to be close to Mr Tiwari, has been given ticket from Brahmpuri in EDMC, while state vice-president Jai Prakash (JP) is close to Union minister Vijay Goel, has got a ticket from Sadar Bazar in NDMC.

Delhi BJP also witnessed series of protests at its headquarters at Pundit Pant Marg. Workers alleged that tickets were sold or given to favorites. “The party has given tickets to outsiders by ignoring grassroot workers,” said a party worker.