AAP gears up for big fight despite debacle

The three municipal bodies — NDMC, SDMC and EDMC — are going to elections on April 23. 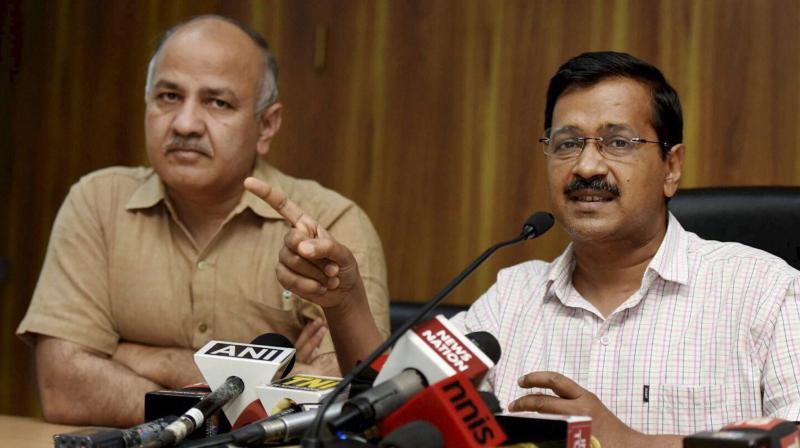 New Delhi: Chief minister Arvind Kejriwal and his deputy Manish Sisodia are not pulling any punches despite the Aam Aadmi Party’s debacle in the Assembly elections in Punjab and Goa, the results for which were declared last month. Forty star campaigners of the AAP, including Mr Kejriwal and Mr Sisodia, will address nearly 1,000 corner meetings in the run-up to the civic polls, an AAP functionary said.

The three municipal bodies — NDMC, SDMC and EDMC — are going to elections on April 23. The AAP has been trying to woo the middle class with largess, which include waving off residential house tax and extending power subsidy scheme to benefit tenants.

In the middle of a ward-level public meeting in Burari on Sunday, Mr Sisodia phoned his water minister to address complaints of denial of water connection. He and Mr Kejriwal have been canvassing support for the AAP candidates even as the BJP and Congress have so far been busy finalising their nominees for the upcoming municipal elections.

While addressing the corner meeting, the deputy chief minister dialled water minister Kapil Mishra and put his phone on the speaker mode so that his crowd could listen to their conversation. The residents of Burari’s Pradhan Enclave had complained to Mr Sisodia that they were being denied water connection even though they have identification proof.