While Sachin’s game is popular in Canada, Salman seemed to be a hit in West Asian region. 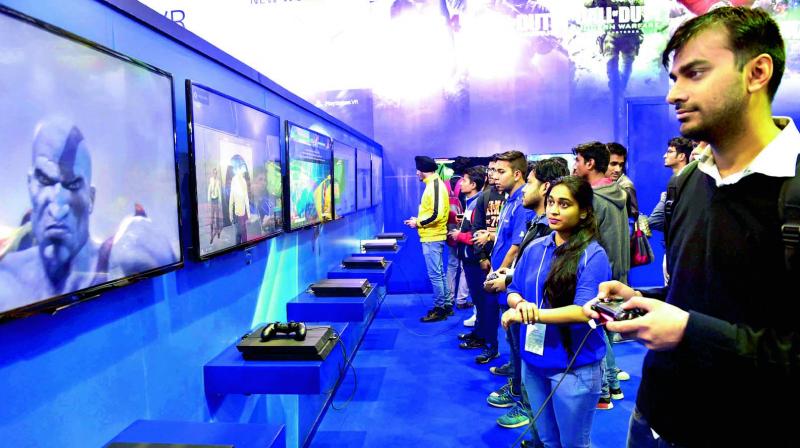 New Delhi: Giving gaming enthusiasts a chance to make their favourite stars dance to their tunes through a joystick, the first edition of India Gaming Show has given a centre stage to games based on Bollywood and cricket celebrities like Sachin Tendulkar and Salman Khan.

At the four-day-event, which is underway at Pragati Maidan, games like “Being Salman” and “Sachin Saga” are re-kindling the fandom of the generation that has grown up watching Sachin’s inimitable straight drives and Salman’s antics as he beat up the baddies.

“These games touch your emotions. We have our own memories attached to these stars and players. And that’s what we are banking on. In addition, there are also entertaining and competitive games,” said Raj Thadani from Playizzon.

“Sachin Saga”, a “training module” which lets the gamer play cricket shots under the supervision of the master blaster, will soon be built into a full-fledged game.

‘Being Salman” that involves “shooting” and consists of 50 levels, is inspired by the actor’s blockbuster movies like Dabbang and Bodyguard, among others.

“These games are synchronised online, which means that you can play with an opponent of your choice. Those putting up good competition are rewarded with signed merchandise of Sachin and Salman,” Mr Thadani added.

While Sachin’s game is popular in Canada, Salman seemed to be a hit in West Asian region, he said, adding that the company is in the process of coming up with games based on actors like Priyanka Chopra and Amitabh Bachchan as well.

However, what seem to be disappointing to the visitors is that the games are compatible only on smartphones and not on any other platform.

However, what seems to be disappointing to the visitors is that the games are compatible only on smart phones and not on any other platform.

“These games are limited to mobiles only, and don’t work on console. And a real gamer is always looking for a console game,” said a gamer.

Other games based on cricketers like Virat Kohli and Rohit Sharma were also quite popular at the show that is set to continue till February 5.